Virat Kohli has added another achievement to his long list of accomplishments. A wax statue of Indian captain was unveiled at the famous Madam Tussauds museum in Dubai. Virat Kohli is easily the most popular cricketer in the world. Right now, he's on national duty in UAE, captaining India for the T20 World Cup 2021. 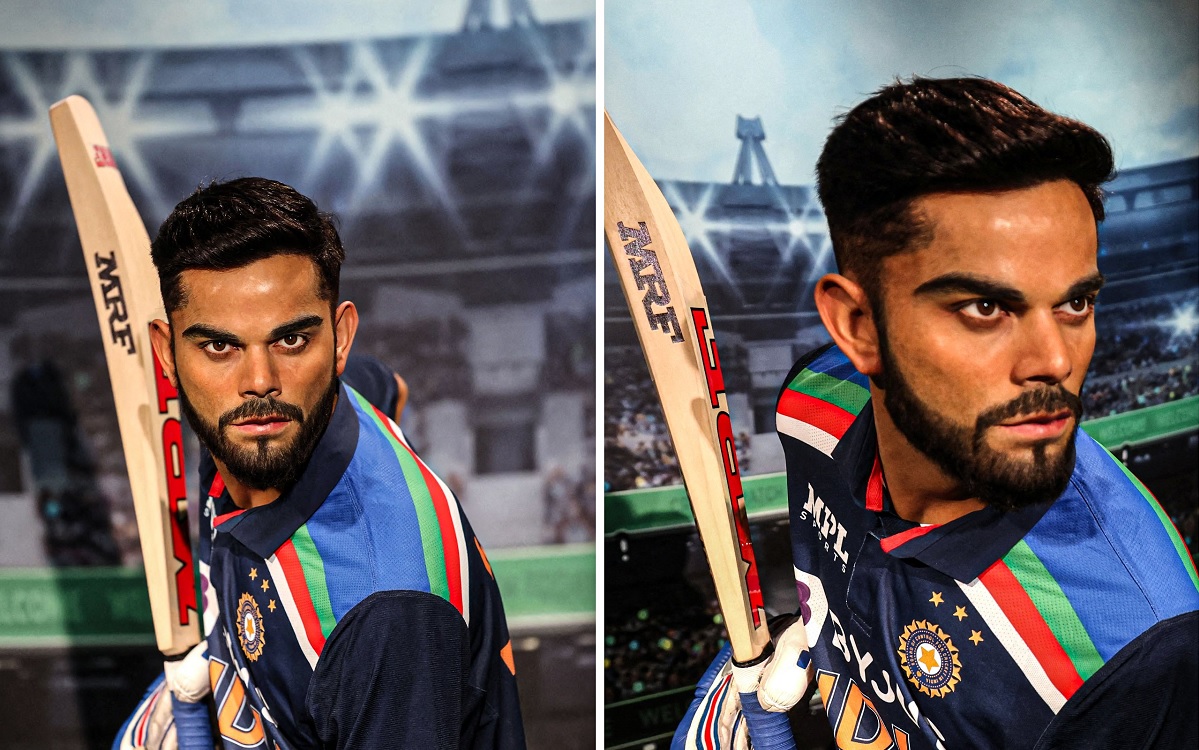 The pictures of the unveiling have gone viral and are being shared by fans in huge numbers. It is not clear yet whether Kohli had the chance to witness the statue in person, as he was busy with the warm-up game against England on Monday.

In the meantime, cool India schooled England in their first warm-up match, hammering the English team by 7 wickets. During the toss, Virat Kolhi cleared the air surrounding the opening pair confusion as Kohli had said during the T20I series against England that he may open the innings with Rohit. But now, Kohli said on Monday that Rohit Sharma & KL Rahul would be conventional openers for India in the T20 World Cup.

“Things were different before IPL started and now KL Rahul is playing the way he is, so it’s very hard to look past him at top of the order,” Kohli said. “Rohit is a no-brainer. He has been a world-class player right at the top of the order for us. I will be batting at three.”

India is set to play their second & last warm-up game for this T20 World Cup, against Australia on Wednesday, before they face off against arch-nemesis Pakistan on 24th October in the main tournament.