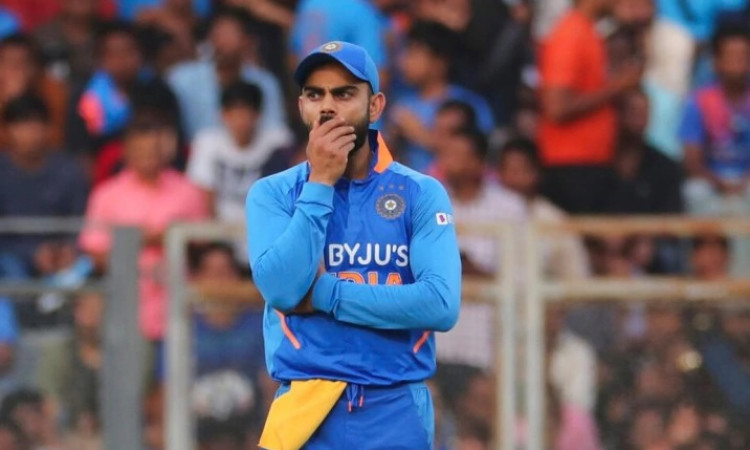 New Delhi, Jan 15:  India skipper Virat Kohli is surprised to have won the ICC Spirit of Cricket Award for 2019 on Wednesday, as for many years he has been under the scanner for all the wrong reasons.

Back in 2008, when the 20-year-old broke into the international circuit, he gave the impression of being an immensely talented but temperamental kid who never shied away from verbal spats and taking on the opposition.

"I'm surprised that I have got it, after many years of being under the scanner for the wrong things," Kohli said in a statement issued by the ICC.

Whenever he used to reach a milestone, it was for sure that fans would see some of the choicest expletives come out of his mouth.

While his predecessors like Sachin Tendulkar, Rahul Dravid and V.V.S. Laxman preferred talking with the bat, Kohli never shied away from giving it back to the opposition whenever they crossed the line and would rather come out with more intense reaction, thus provoking the person concerned.

He was even called a "spoilt brat" by Australian cricketers after the culmination of numerous events that unfolded during India's 2014 tour Down Under.

While he was still scoring runs, more often than not, Kohli was involved in controversies and was criticised by many in the cricket fraternity.

Not to forget the famous Sydney Test where after being sledged by the crowd, Kohli was seen flipping the bird to the crowd, something which he later said he regretted doing.

The Delhi boy, who had swept the Player of the Year, Test Player of the Year and ODI Player of the Year for 2018, has won the award for 2019 for his gesture at last year's World Cup, when he egged the crowd on to support Australian batsman Steve Smith rather than boo him soon after his return to international cricket from a one-year suspension for the infamous sandpaper-gate controversy.

Explaining his reasons for backing Smith the way he did, Kohli said: "It is part of camaraderie that sportsmen must have with each other. That moment was purely understanding an individual's situation."

"I don't think a guy who is coming out of a situation like that needs to be taken advantage of. You can sledge, can have banter on the field, you say things to the opposition in wanting to beat them. But booing someone is not in the spirit of any sport, I don't endorse it.

"Also, that should not be a representation of our fans and what we stand as a cricketing nation, a sporting nation. We need to all take responsibility towards that," he added.

It's the same Smith whom, Kohli had accused of cheating in the DRS usage during Australia's tour of India in 2017.

Smith, the then Australia captain, had set off a storm of controversy in the second Test when he looked to his dressing room for help while deciding whether to call for a review into his lbw dismissal in Bengaluru -- describing the moment a "brain fade".

"Intimidate the opposition, definitely try and have an upper hand but in a matter that is not targeting someone emotionally. That is not acceptable at any level and people should be wary of that," Kohli says while urging fans not to be too harsh on players and refrain from making personal comments.

Cut to recent years and one will see that while the aggression and passion for the game remains the same, Kohli has now become much more relaxed and is in a space where he is not only leading the team to new heights but is also setting an example for youngsters.