Guyana, Aug 7:  India strolled to a seven-wicket over West Indies on Tuesday to complete a series whitewash. Captain Virat Kohli and wicketkeeper Rishabh Pant scored fifties as India chased down a target of 147. 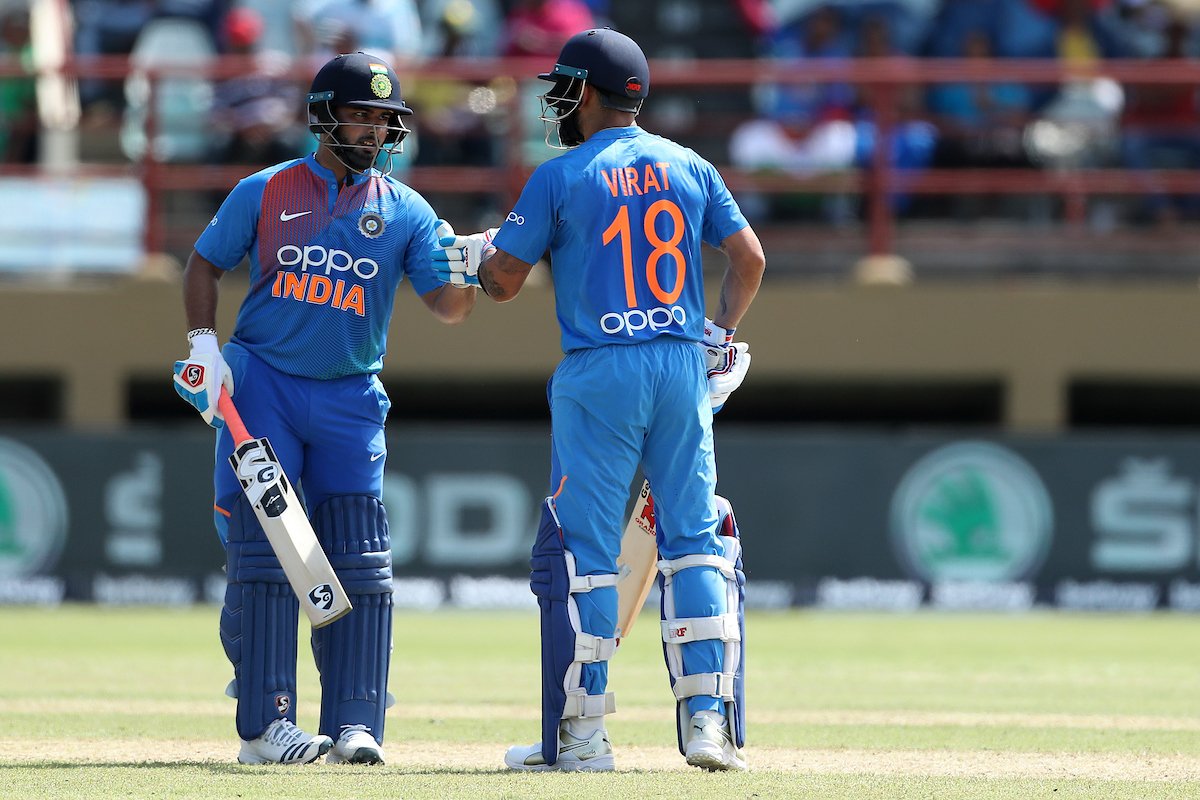 Kohli and Pant's 106-run stand for the third wicket negated any chance of West Indies pulling off an unlikely win. This was Kohli's 21st T20I fifty, thus helping him draw level with Rohit Sharma for most fifties in T20 internationals.

Pant, who got out for a duck and four in the series thus far, scored his second T20 international fifty of his career. Kohli was eventually dismissed on 59 when he hit Oshane Thomas straight to point in the 18th over. But Pant finished the game with a six straight over the bowler's head off the first ball of the last over. He was unbeaten on 65 at the end of the game.

It was K.L. Rahul who opened the innings with Shikhar Dhawan as Rohit Sharma was rested. He scored 20 off 18 balls before being stumped off Fabian Allen. Dhawan fell for just three runs in the second over.

Earlier, debutant Deepak Chahar and Navdeep Saini took three and two wickets to restrict the West Indies to 146/6. Kieron Pollard was their highest scorer with 58 off 45 balls. This was his first T20I fifty in seven years. However, he couldn't stick through the death overs as he was bowled by Saini in the 16th.

Rovman Powell and captain Carlos Brathwaite then pushed the West Indies' total to 146 in the last three overs.