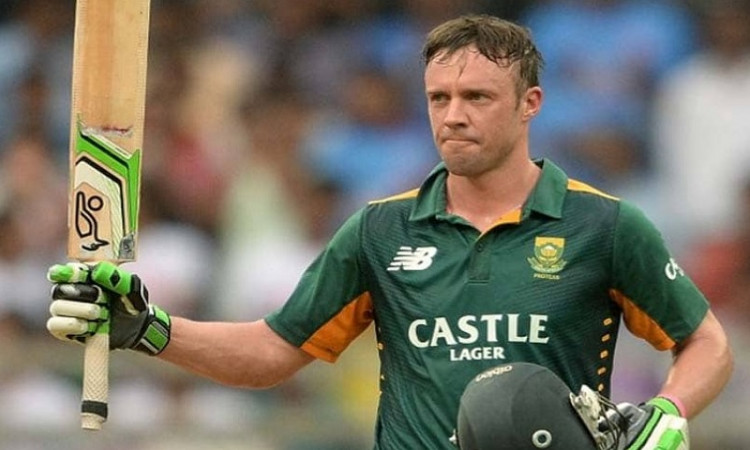 Johannesburg, May 12:  Former South Africa captain believes Virat Kohli is the best batsman when it comes to chasing a target and even topples legendary batsman Sachin Tendulkar in that aspect.

"Sachin is a role model for both of us - the way he stood out in his era, the things he achieved and with the grace he did all that is a great example for everyone," de Villiers said while speaking to cricketer-turned-commentator Pommie Mbangwa during an Instagram Live Session, reports ESPNcricinfo.

"And I think Virat will also say that he (Sachin) set the standards for us to follow.

"But personally, in a chase, I'd say Virat is the best I've seen in my life. Sachin was amazing in all formats and all situations, but Virat comes out on top while chasing," he further said.

When asked who is a better batsman between Kohli and Australia's Steve Smith, de Villiers compared the two to a pair of tennis legends.

"It's a difficult one, but Virat is definitely the more natural ball-striker, there's no doubt about that," de Villiers said.

"In tennis terms, I'd say he's more like a (Roger)Federer whereas Smith is like a (Rafael) Nadal. Smith is mentally very strong and figures out a way of scoring runs - he doesn't look natural, but he ends up writing records and doing amazing things at the crease. I think mentally, Smith is one of the best I have ever seen. Virat has also scored runs all over the world and won games under pressure," he added.

de Villiers, who shares the dressing room with Kohli for the Royal Challengers Bangalore in the Indian Premier League (IPL), further said that the current India captain is "much deeper than just a cricket player".

"He's much deeper than just a cricket player (...) I think most people realise after a while that there's more to life than just cricket," the former Proteas captain said.

"I think we all fall into that bubble initially. But Virat's always been a thinker, he experiments (with) a lot of things, he loves trying new things out - gym wise, what he puts in his mouth. He thinks a lot about life after life - what's to come, the different religions, we talk about everything," he added.

In normal circumstances, both the batting stalwarts would have been currently playing in the 13th edition of IPL had there been no outbreak of novel coronavirus.