Virat Kohli thanks Indian fans for support during World T20

Mumbai,2 April। Star India batsman Virat Kohli thanked the fans on Saturday for their constant support for the national team throughout the World Twenty20 cricket tournament. 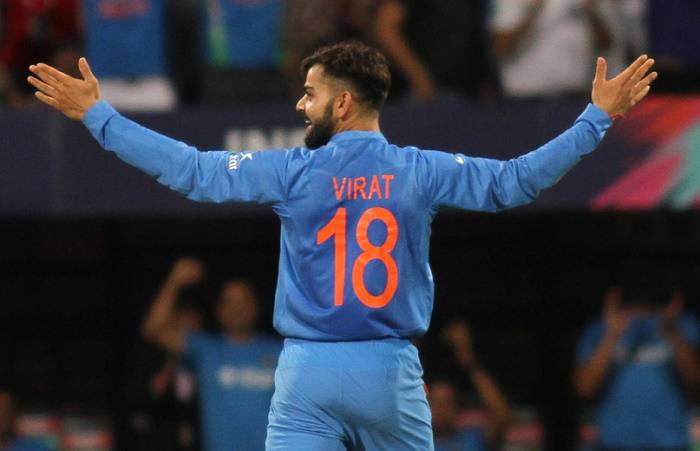 After losing to New Zealand in their campaign opener, India -- winners of the inaugural edition in 2007 -- staged a strong comeback, beating arch-rivals Pakistan, Bangladesh and Australia but eventually lost to West Indies in the second semi-final by seven wickets here on Thursday to crash out of the competition.

"Thank You for a memorable tournament. Thank You everyone for supporting us & cheering for us relentlessly," Kohli tweeted.

The 27-year-old scored an impressive 273 runs in just five innings in the competition to continue his consistent run in the shortest format of the game lately.

Mathew Wade To Captain Australia For The Bangladesh T20Is

Bangladesh Bullish Ahead Of T20I Series Against Australia

Indian Team Reaches Nottingham Ahead Of Test Series Against England

Ben Stokes Has Shown Courage & Bravery To Prioritise His…