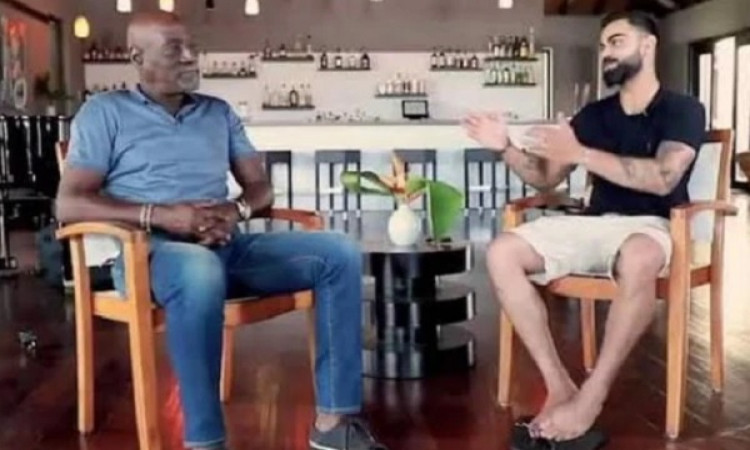 Thiruvananthapuram, Dec 8  India skipper Virat Kohli has garnered praise from cricketing greats and fans for his match-winning unbeaten 94-run knock against West Indies in Hyderabad, which powered the Men in Blue to an emphatic six-wicket win in the first affair of the three-match T20I series.

Kohli too, noted Richards appreciation and responded: "Thanks big BOSS. Coming from you means a lot."

Speaking after the game in Hyderabad, Kohli had said: "I don't want to change my game too much because I play all three formats. I just want to contribute in all three formats, that's what I want to do. I don't want to be a format specialist. When you are chasing a big total, there are a lot of distractions with the scoreboard pressure. But after a few dots, the game puts you in a position where you just have to hold your shape and play the shots."

Also, Kohli now has 12 Man of the Match awards to his name in the T20I format -- joint highest with Afghanistan's Mohammad Nabi. Interestingly, Shahid Afridi holds the second position with 11 awards.

Also Read: Rashid Latif urges Pakistan Cricket Board not to make a joke of itself