Virat Kohli thanks Amitabh Bachchan for congratulating him on his knock 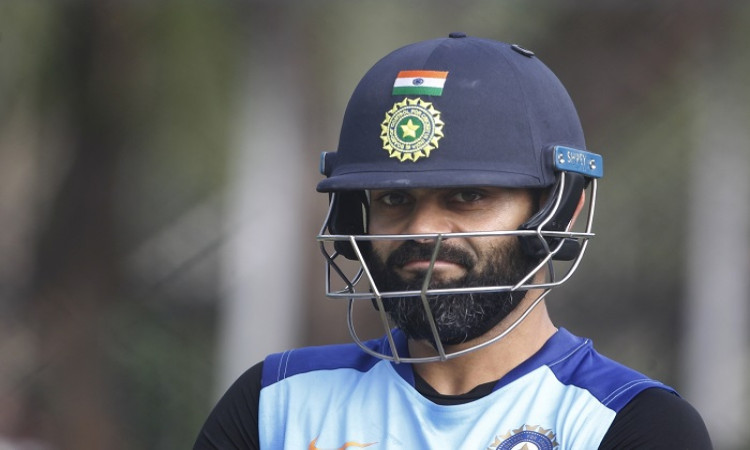 Hyderabad, Dec 7: India skipper Virat Kohli on Saturday thanked Bollywood actor Amitabh Bachchan for congratulating him after his stunning knock against the West Indies in the first T20I of the series.

India rode on Kohli's career-best score of unbeaten 94 to overhaul the 208-run target with eight balls to spare.

Kohli replied on a tweet on Saturday and thanked the veteran actor saying: "Haha love the dialogue Sir. You're always an inspiration."

Bachchan was one of the first to wish Kohli on his innings on Friday and had quoted a famous dialogue from his hit film, Amar Akbar Anthony. "Yaar, how many times I have told you this, don't tease Virat, but you did not listen to me, now see he gave you a perfect response, look at West Indies' face, how much he rattled them (with due respects to Anthony Bhai)," Bachchan had tweeted in Hindi.

On Friday night, Kohli thoroughly entertained the crowd at the Rajiv Gandhi Stadium as he bettered his personal best and played an unbeaten knock to help India chase down the target with ease.

During the course of his 50-ball inning, the 31-year-old displayed an array of emotions. He was seen getting into duels, complaining to the umpire, cursing himself and imitating opponent bowlers after smashing them for sixes.

However, what mattered for the hosts was that the premier batsman stayed at the crease until the end and made sure they chased down the target to take a 1-0 lead in the series.