Pune, Oct 11: Virat Kohli on Friday added yet another milestone to his illustrious career as he scored a record seventh double hundred of his career during the ongoing second Test between India and South Africa at the Maharashtra Cricket Association Stadium here. 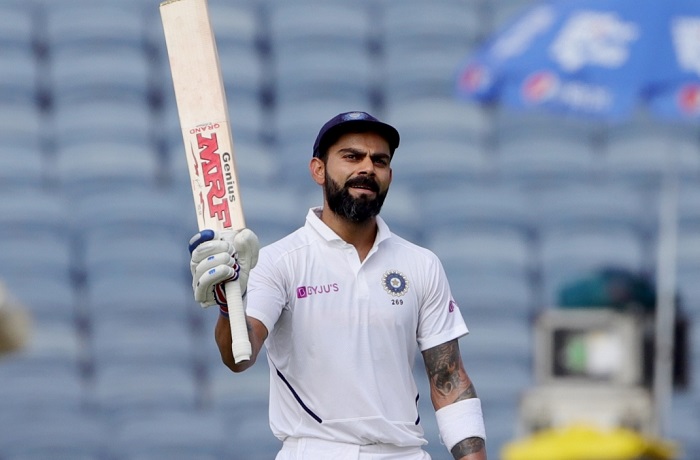 Kohli, who didn't have any ton to his name this year, has now become the Indian batsman with most number of double tons to his name.

The Indian skipper reached his seventh double century in his 81st Test and in the process surpassed Sachin Tendulkar and Virender Sehwag who both had scored six double hundreds in their stellar career.

During the course of his inning, Kohli also went past Bradman to become the player with most 150+ scores as Test captain. While Bradman had achieved the feat eight times in his career, Kohli has now done it nine times so far.

He also surpassed Dilip Vengsarkar's tally of 6,868 runs to climb to the seventh position in the list of players with most runs for India in the longest format of the game.