In the ongoing T20 World Cup match between India and Pakistan, everyone expected Virat Kohli to score runs. Kohli has been seen struggling for runs in the last few matches, so Pakistan felt that they might be saved from Virat Kohli. But, it did not happen that Virat Kohli broke havoc on the Pakistan bowling attack. 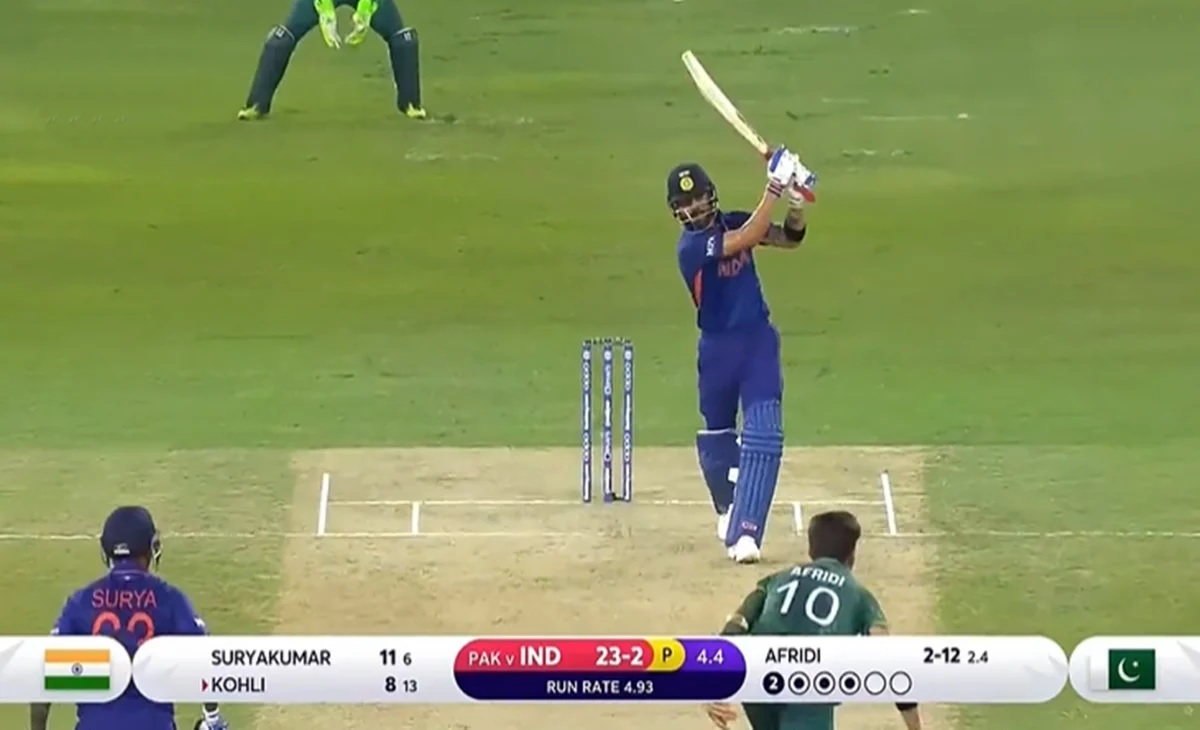 KL Rahul and Rohit Sharma returned to the pavilion on a low score, in such a situation, all responsibility was on King Kohli and he did not disappoint the fans at all. Pakistani fast bowler Shaheen Afridi was throwing fireballs with the ball but Kohli not only faced those fireballs but also showed the mirror to Afridi.

Virat Kohli slipped a little off the wicket on the fifth ball of the 5th over and sent the ball across the boundary line. This six by Virat was 84 meters long. Before getting out, Virat Kohli played an innings of 57 runs with the help of 5 fours and 1 six.

Earlier, Pakistan captain Babar Azam won the toss & elected to bowl first against India in the 16th match of the T20 World Cup 2021. During the toss, Virat Kohli had also expressed his desire to bowl first after winning the toss. Batting first, India scored 151 runs for the loss of 7 wickets. Shaheen Afridi emerged as the most successful bowler for Pakistan, taking 3 for 31 in 4 overs.