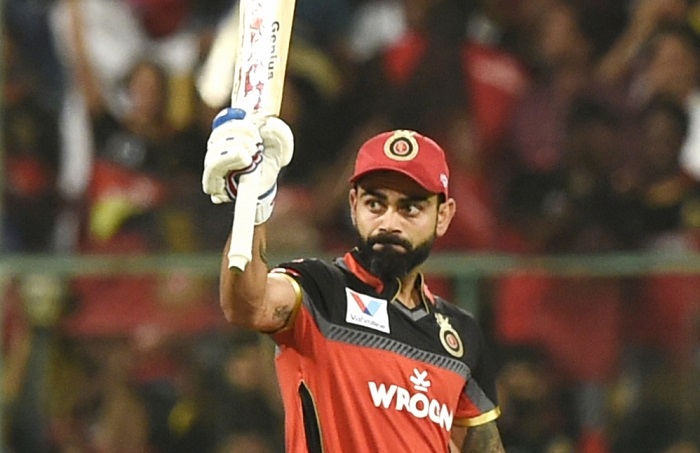 Kohli helped RCB post a mammoth 205/3 in 20 overs after they were put into bat by KKR. The star batsman struck a 49-ball 84 with the help of nine fours and two sixes.


My conscience is clear: Ashwin on 'Mankading' Jos Buttler

Kohli started his innings 17 short of the landmark and got to 8,000 runs in the 10th ball of his innings.

Kohli also became the highest run-getter in IPL history, bettering Raina here as well. Kohli now has 5,110 runs in his kitty to Raina's 5,086.

Raina became the first Indian player to 8,000 T20 runs earlier in the year while playing for his state side Uttar Pradesh in the 2018-19 Syed Mushtaq Ali Trophy in his 300th match.

Kohli got to the landmark in his 257th match.