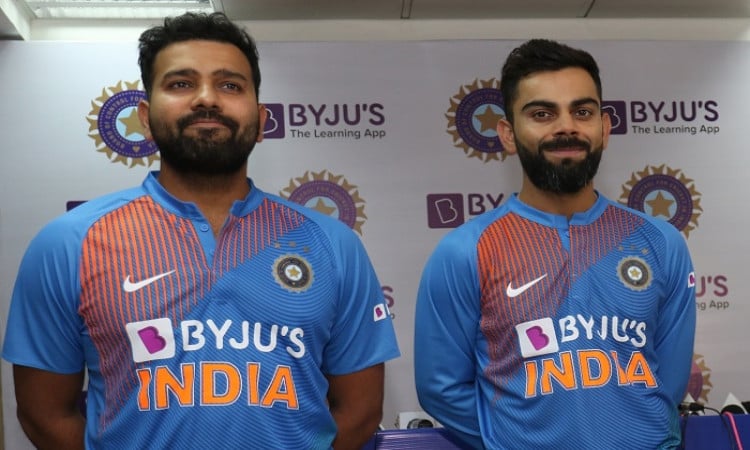 Chennai, Dec 15:  Indian captain Virat Kohli and his deputy Rohit Sharma, in limited overs cricket, have some distance between them as far as their ODI career runs are concerned. While the pair are neck and neck at the top of the run-scoring charts in T20Is, even finishing the recently concluded series against the West Indies on 2,633 runs, Kohli has 2,834 more runs in ODI cricket than Rohit.

However Rohit's form in ODI cricket in recent years have made him one of Kohli's closest competitors and in 2019, Rohit was often rated as the best ODI batsman in the world by many.

Kohli himself expressed this opinion during Rohit's record run at the 2019 ICC World Cup.

However, Kohli has been in tremendous form himself in ODIs and this is reflected in the fact that he is thus far the highest run getter of the year in the format. Kohli has made 1,288 runs at an average of 64.40 in ODIs this year in 23 matches.

However, Rohit is on his tail with the opener having scored 1,232 runs at an average of 53.56 in 25 matches. This means that Rohit has a chance to topple Kohli from the top in the upcoming series against the West Indies which starts on Sunday at the MA Chidambaram Stadium in Chennai.

There is a fair distance between the pair and the rest of the chasing pack. Australian limited overs captain Aaron Finch comes third with 1,141 runs at 51.86. West Indies opener Shai Hope will also have a chance to add to his tally of 1,123 runs which he made at an average of 56.15.

If Kohli ends up at the top of the charts, it would have been the fourth time he would have finished a calendar year as the highest run scorer in ODIs, which is the most for any batsman.