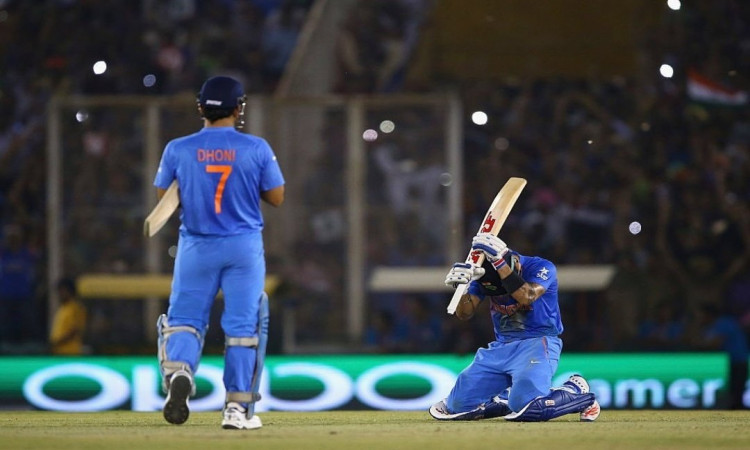 New Delhi, Sep 12:  India skipper Virat Kohli on Thursday recalled the 2016 World T20 clash against Australia when M.S. Dhoni made him "run like in a fitness test".

"A game I can never forget. Special night. This man, made me run like in a fitness test," Kohli tweeted the image of the epic game played at the PCA Stadium in Mohali where he can be seen celebrating the victory while being on his knees while Dhoni is walking towards him.

The match Kohli is referring to was a virtual quarter-final match between India and Australia in World T20 played on March 27, 2016 which the Men in Blue won by six wickets and proceeded to the semi-finals.

Kohli was the star of the match, as he stuck at one end and scored an unbeaten 82 off just 51 deliveries to help India register a famous win.

Yuvraj got out in the 14th over with India at 94 in 14 overs and then Dhoni, who is counted among one of the best runners between the wickets in world cricket, came to the crease.

The duo shared an unbeaten 67-run stand for the fifth wicket and took India across the line.

India, however, failed to lift the T20 World Cup trophy as they were defeated by the eventual champions, West Indies in the semi-final.

A game I can never forget. Special night. This man, made me run like in a fitness test