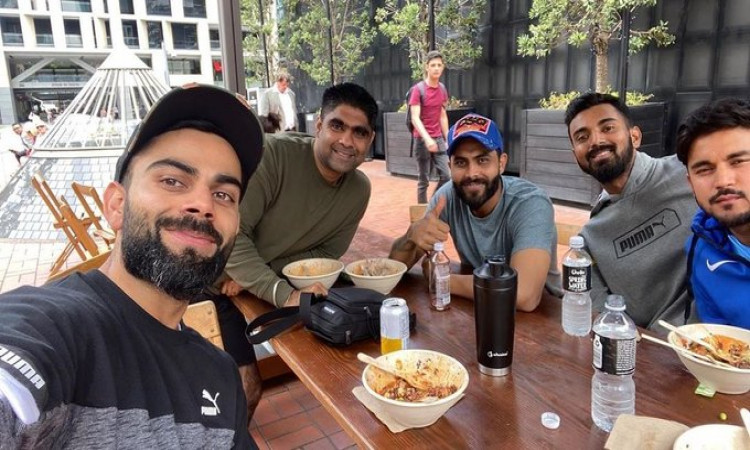 New Delhi, Jan 22:  India's home season came to an end with the 2-1 ODI series win against Australia and they now tour New Zealand until March with the T20I series between the two sides starting on Friday.

Captain Virat Kohli on Wednesday shared a photograph of him and a few of his teammates enjoying some off time in Auckland.

"Top team gym session and a good meal out in beautiful Auckland," Kohli wrote in the caption for the image. In the picture, the skipper is accompanied by Ravindra Jadeja, K.L. Rahul and Manish Pandey.

The teams will then return to Hamilton where the first ODI on February 5 followed by the second on February 8 in Auckland. The third ODI will be played in Mount Manganui on February 11.