Virat Kohli named captain of both ICC Test, ODI Teams of the Year 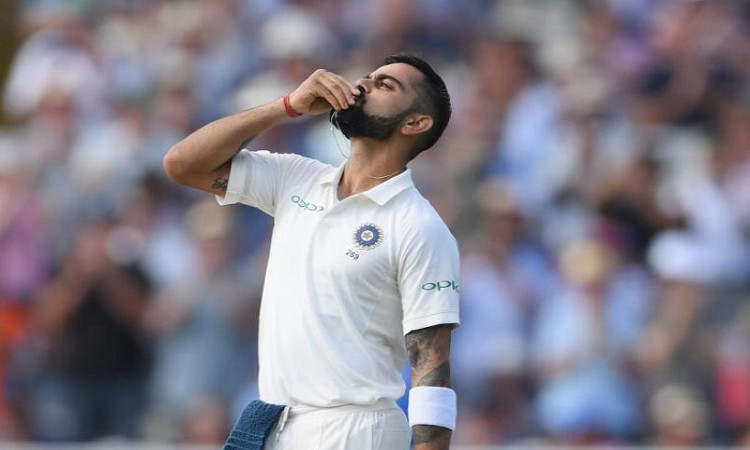 Dubai, Jan 22 (CRICKETNMORE): India skipper Virat Kohli was on Tuesday named captain of both the International Cricket Council's (ICC) Test and ODI Teams of the Year following his remarkable show in 2018 both as batsman and skipper.

According to an ICC statement, pacer Jasprit Bumrah is the other Indian to make it to both the sides while stumper Rishabh Pant is the third Indian to find a place in the Test Team of the Year.

Also Read: Virat Kohli is the first player to win all three awards

Besides Kohli and Bumrah, opener Rohit Sharma and chinaman Kuldeep Yadav are the other Indians to be named in the ICC ODI Team of the Year.

The awards, which honour performances during a calendar year, saw Kohli walk into both sides which were selected by the ICC Voting Academy comprising former players, members of the media and broadcasters.