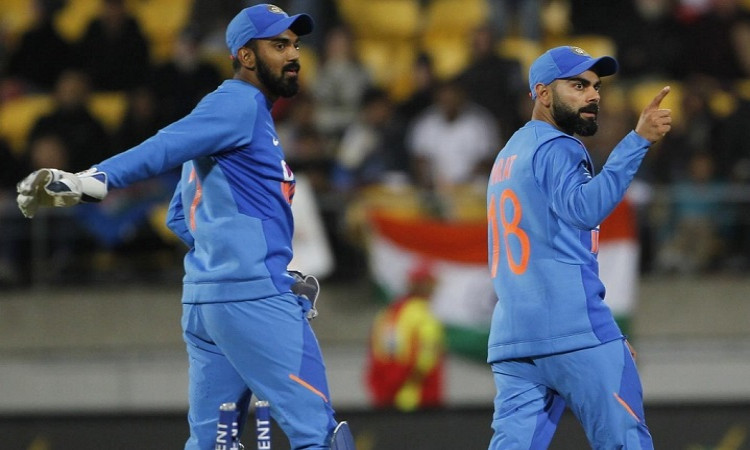 New Delhi, July 1: India skipper Virat Kohli tried to hilariously troll batsman K.L Rahul on social media recently but the latter was up for the banter and came up with an epic reply.

Indian cricketers have been keeping themselves busy by engaging with fans on social media and this particular exchange between Kohli and Rahul left everyone in splits.

Kohli took note of the post and replied: "Cup ganda hai (the cup is dirty)."

Rahul was having none of it and wrote: "Lekin dil saaf hai (but heart is clean)."

Kohli acknowledged the same and replied: "haha wo to hai (haha that's true)."

Head coach Ravi Shastri also seemed to approve the post from Rahul as he liked the post.

Rahul recently opened up regarding the 13th edition of the Indian Premier League, which was postponed indefinitely by the BCCI considering the coronavirus threat.

The Indian cricket board is now looking to host the tournament during the same window if the T20 World Cup, currently scheduled to be played in Australia in October, gets cancelled due to the COVID-19 pandemic.

"I actually have missed the IPL a lot. It was going to be a big season for me captaining the team and I felt like we have got some really really exciting players in the line-up," Rahul told teammate Mayank Agarwal during the show 'Open Nets with Mayank' for the BCCI TV which was uploaded on IPL's official website.

"I was really looking forward to playing with Chris (Chris Gayle) and you and Maxi (Glenn Maxwell) and few other guys coming in," he added.