Virat Kohli is comfortable in his own skin: Simon Taufel 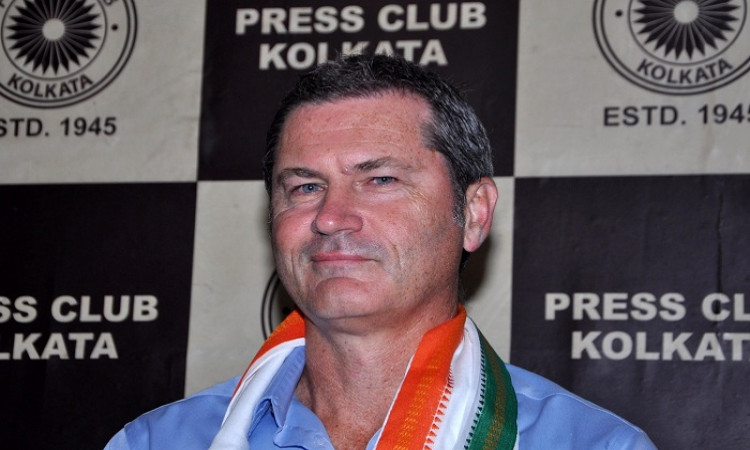 New Delhi, Nov 4: Indian cricket captain Virat Kohli can "occasionally get emotionally hijacked" but is "comfortable in his own skin" says five-time ICC Umpire Of The Year Simon Taufel in his new book, through which he also offers advice to players and officials alike on not exceeding their "Use-By Date".

"On the captaincy front, I've seen Virat Kohli at close quarters for more than ten years at the elite level. He is sometimes a passionate and combative person who can occasionally get emotionally hijacked. Virat now appears to be very much self-aware of who he is and how these character traits can affect his game, and he can adjust when he needs to," Taufel, considered to be the best umpire in the world during the time he officiated (1999-2012), writes in "Finding The Gaps" (Pan) in a chapter titled "Leading with integrity and values".

Kohli "is comfortable in his own skin, and this allows him to be a more authentic leader because he is being the best version of himself," Taufel writes, adding: "Others who stand by you want your character as a leader to be stable and consistent so that they know what to expect and how you will respond."

What then, makes an elite leader?

* To be a leader, you must be your own person. You should be authentic and not try to be someone or something else. Being yourself is critical to building trust and respect because others can often see through your deception.

* To be a great leader, you must be compassionate. You need to understand that not everything will go as per plan, and mistakes and setbacks will occur from time to time.

* Humility: It's critical you realise you are not the font of all knowledge and seek out the most talented people, empower them, provide a safe environment for them to contribute and then listen to them to hear the collective intelligence.

* The final ingredient of good character is accountability. It's a trait that accepts responsibility for what is not working. Humility allows a leader to guide but be guidable; give instruction, but be able to listen to suggestions; be respected but respectful; and be confident but be humble.

In the penultimate chapter, Taufel delivers a "critical message that we all have a use-by date within a workspace or field of endeavour, depending on the person or task".

Whatever the case, he writes, "the cause or work is more important than the individual doing it. If the person serving the cause is not performing at their best or at least striving to improve themselves as well as the result, the relationship is not sustainable".

Taufel believes that the "best judge of someone's game or performance is themselves, with the caveat that they can be brutally honest with themselves along with being self-aware".

"There is no point staying on past your use-by date of being able to deliver your best and add value better than someone else could," Taufel writes, explaining why he himself stepped down.

"In my case, there was a very good umpire in Bruce Oxenford from Australia who was knocking on the ICC Elite Panel door and had been for a couple of years. There was no point in me blocking his elevation, especially when I could see that he wanted it more than I did."

Noble words that prove that in some quarters at least, cricket is still the gentleman's game.