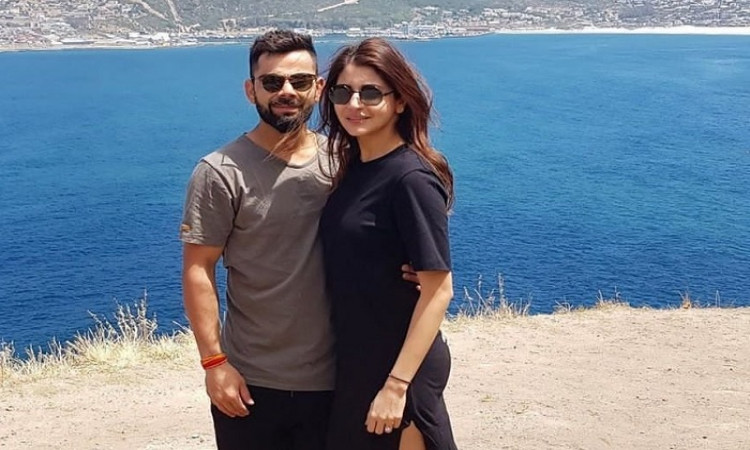 Mumbai, Oct 25:  Perched on top of the Test Championship standings after pocketing a commanding 3-0 series whitewash of South Africa, a happy India skipper Virat Kohli is in a holiday mood as he posted a picture with actress-wife Anushka Sharma from a picturesque location.

In the picture uploaded across social media handles, Kohli can be seen in a relaxed mood with Anushka at a beautiful locale with hills and the sea in the backdrop.

Kohli has been rested for the three-match T20I series against Bangladesh and Rohit Sharma will lead the team in his absence.

Speaking to IANS, sources in the know of developments had said that Kohli would be rested for the T20Is before returning to lead the Test team. "He will be skipping the T20 series as he has been playing non-stop and needs a break considering that he has been part of the Australia series, the IPL, the World Cup, the tour of West Indies and now the series against South Africa. Managing the workload of the players, especially those playing all formats, is something that is a priority with this team to ensure that the players are fresh and on the top of their game at all times," the source had said.