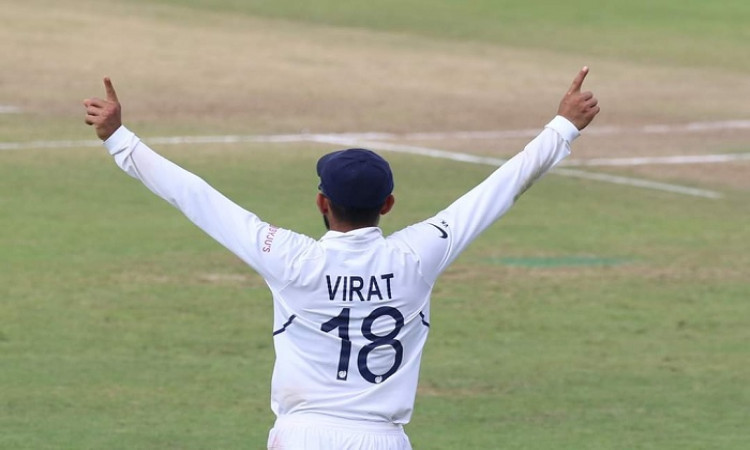 Indore, Nov 16:  He might have failed to rise to the challenge with bat in hand in the first Test against Bangladesh at the Holkar Stadium, but India skipper Virat Kohli added a new feather to his cap as he now has the most number of wins by an innings - 10. He is followed by Mahendra Singh Dhoni with 9 wins, Mohammad Azharuddin with 8 and Sourav Ganguly with seven.

The Indian pace bowlers ran through the Bangladesh batting line-up once again as Kohli and boys registered an innings and 130-run win. Kohli was all praise for his pacers.

"I don't really know what to say," said Kohli at the post-match presentation. "Clinical performances all around. The team is playing really well. I can't say something which people are not seeing on TV."

The pace trio of Mohammed Shami, Ishant Sharma and Umesh Yadav led from the front as the bowlers took 20 wickets in a match that lasted just over two and a half days. This was despite India missing Jasprit Bumrah, who has emerged as the team's strike bowler since his Test debut in early 2018.

"These guys are on top of their game, when they bowl, it looks like any pitch is a good pitch, Jasprit isn't here but this is a dream combination for any captain. Having strong bowlers is the most important thing in any team. The numbers and records are there for everyone to see, that'll remain in the books, we haven't focused on it," said Kohli.