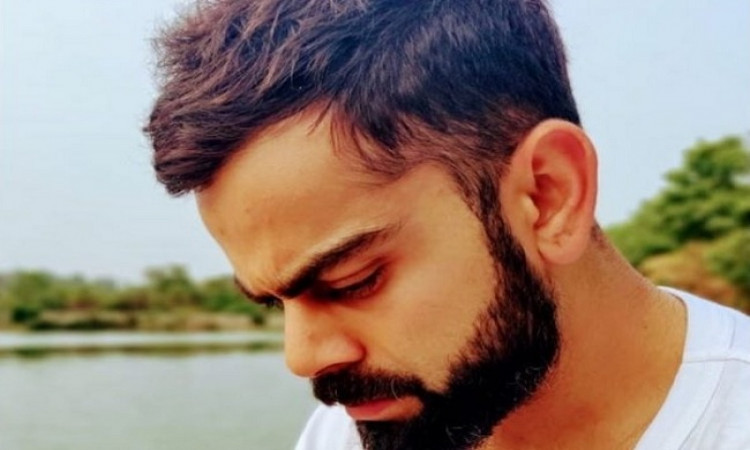 Mumbai, Sep 16: Indian cricket captain Virat Kohli showcased his love for his wife Anushka Sharma by flaunting a t-shirt with the actress's initials. Virat shared a picture which shows him lost in deep thought and captioned it: "Caught in the moment. Pic credit @anushkasharma."

The skipper is seen dressed in a white tee with the letter "A" in red and a heart on it.

Anushka acknowledged the post with a heart emoji in the comments section.

The star couple were recently spotted in the capital. The two were present at the event where the Feroz Shah Kotla Stadium was rechristened after late Finance Minister Arun Jaitley and a special stand dedicated to Kohli.

A video of Anushka planting a soft kiss on Kohli's hand took the Internet by storm earlier last week.