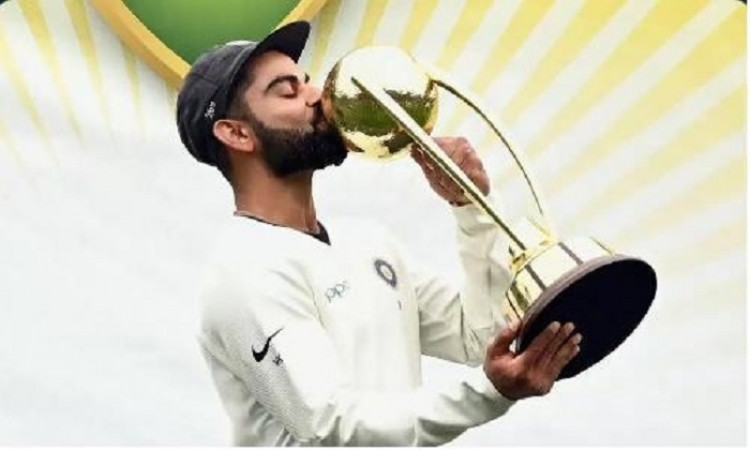 Lahore, Jan 23: Former Pakistan all-rounder Abdul Razzaq has termed Virat Kohli as a "fantastic player" without a doubt, but believes the Indian skipper is "lucky" as he gets full support from the Board of Control for Cricket in India (BCCI).

"He (Virat Kohli) is a fantastic player and there is no doubt about it. However, he is lucky as the BCCI supports him well and instills the confidence in him that any player needs to succeed," Razzaq was quoted as saying by PakPassion.net.

"The respect he gets from his board is what probably inspires him to do well all the time and the results are there for all to see," he added.

Razzaq also claimed the Pakistani players can also surpass Kohli provided they get the same amount of support from the Pakistan Cricket Board (PCB) which Kohli gets from BCCI.

"I do believe that even in Pakistan we have players who could become better than Virat Kohli, but they are neglected by our system which is a tragedy. In Kohli's case, he has taken that confidence shown in him by the board and using his talent, repaid them with his performances," the former Pakistan all-rounder said.

Australia's Steve Smith, who is counted to be one of the modern-day greats, on Wednesday heaped praise on Kohli and backed him to break more batting records in the near future.

"Yeah, he is terrific. His batting numbers just speak for themselves. I think he's an incredible player in all three formats and I think we will see him break many records. He's already broken plenty of them and I see him breaking many more over the years. He has got the hunger for runs and doesn't stop getting them," Smith told IANS.

Kohli is currently leading the Indian team in New Zealand where the two teams will compete in five T20Is, three ODIs and two Tests beginning Friday.