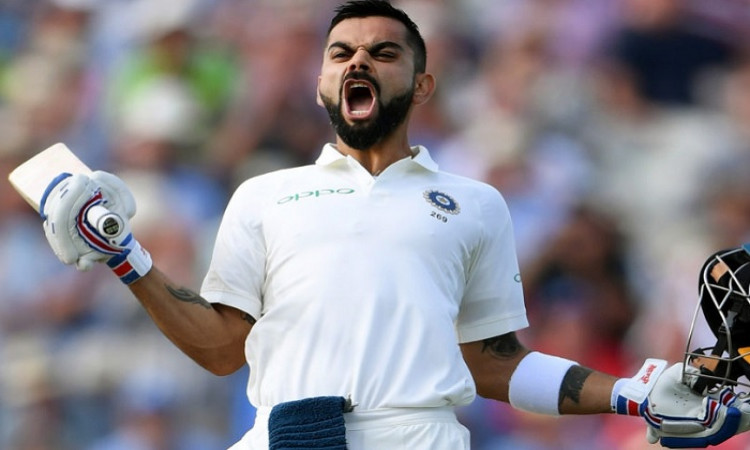 North Sound (Antigua), Aug 21: Indian skipper Virat Kohli will eye one more record when he comes out to bat during the two-Test series against the West Indies starting Thursday.

Kohli has struck 18 Test centuries as Indian skipper and needs just one more century to equal Australia's Ricky Ponting's tally of 19 Test tons as a skipper. If he manages to get to a century at Sir Vivian Richards Stadium, both Ponting and Kohli will be tied at the second spot.

Former South Africa skipper Graeme Smith is at the top spot with 25 centuries to his name in 109 Test matches, including 17 centuries in 56 overseas Tests.

Overall, Kohli has scored 25 centuries, which include six double hundreds.

India whitewashed Windies in both the T20I and ODI series and are expected to do the same in the two-match Test series, which will also see the two teams beginning their campaign in World Test Championship.