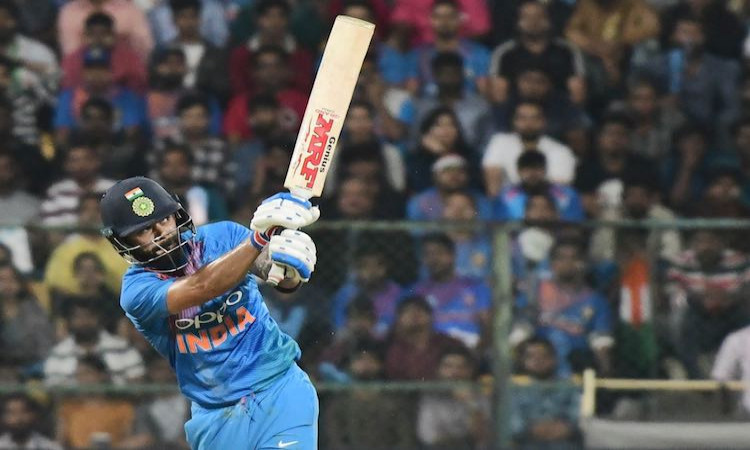 Ranchi, March 8 - Virat Kohli on Friday another feather to his cap after becoming the fourth Indian captain to score 4,000 runs in one-day internationals (ODIs).

Kohli achieved the milestone during his 66th ODI as skipper when he moved to the individual score of 27 against Australia, which is the third ODI between the two sides of the five-match rubber.

With this feat, the Indian run-machine joins the elite list after former skippers M.S. Dhoni, Mohammad Azharuddin and Sourav Ganguly.

Till now, Kohli has smashed 18 ODI tons and 14 fifties from 62 innings as the Indian captain.