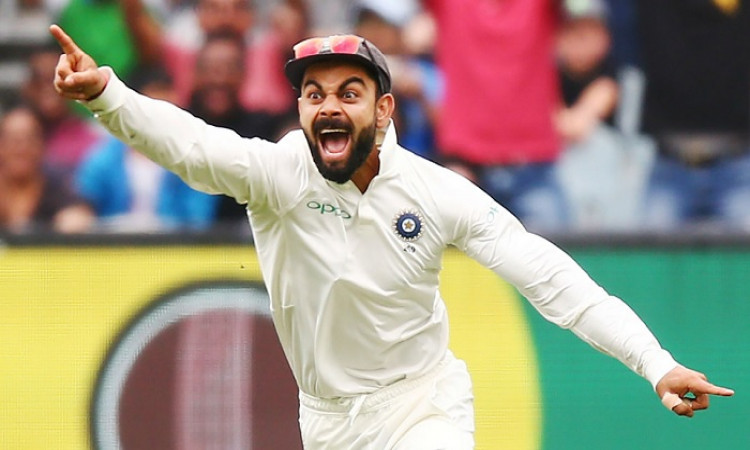 New Delhi, Aug 20: Virat Kohli is one win away from equalling MS Dhoni's record of most wins as Indian Test captain. The 30-year-old currently has 26 wins from 46 matches while his predecessor had 27 wins in 60.

Kohli took over as captain of the Indian Test team when Dhoni retired from the longest format of the game during the tour of Australia in 2014. He has since led India to victories over Australia, England and New Zealand at home and 2-1 and 4-1 losses in South Africa and England respectively.

In 2018, Kohli led India to their first ever series win in Australia. A dominant Indian team beat Australia 3-1 to seal a historic win.

Moreover, Kohli has switched gears with the bat since taking over the reins. He is the highest run scorer as captain for India with 4515 runs at a mind-numbing average of 62.7. He has scored 18 centuries in this period.

The first Test against West Indies marks the two teams' entry into the ICC World Test Championship. It will be played in North Sound, Antigua and starts on August 22.