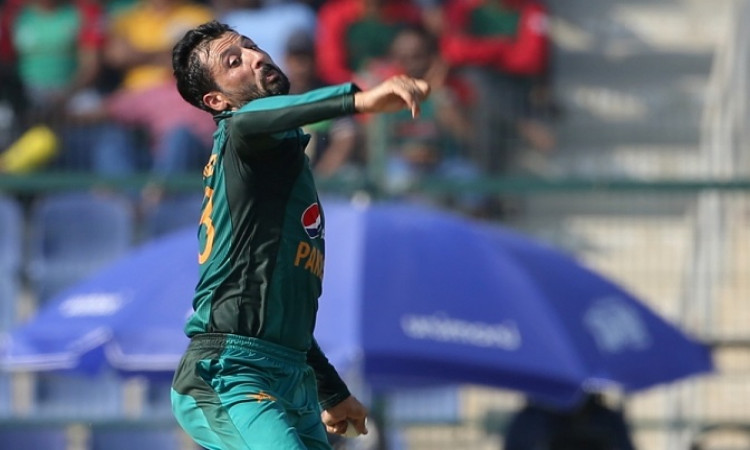 Lahore, July 27:  Left-arm Pakistan pacer Junaid Khan has heaped praise on India skipper Virat Kohli and referred to him as the best batsman in the world across formats.

Junaid also spoke about Kohli's consistency that, according to him, puts him a bit ahead of his contemporaries like England Test captain Joe Root, Australia's talisman Steve Smith, New Zealand skipper Kane Williamson and Pakistan white-ball captain Babar Azam.

"No doubt (Virat) Kohli is the best batsman in all three formats. If you ask anyone, they would say that players like Babar Azam, Joe Root, Kane Williamson, Steve Smith are the currently the best in the world but on top of the list is Kohli because he has been outstanding in all three formats," Junaid said in a video uploaded on Cricingif YouTube channel.

"Before that tour, I was playing domestic cricket in Faisalabad. I had bowled around 35-40 overs in each match so I had developed momentum heading into the series," Junaid said.

"I was making a comeback in the ODIs and when we were going to India, I knew that this is my only chance to make a comeback into the team.

"I was permanent in the Test team but had to comeback to ODIs. Secondly, I knew if I would perform well in India, I would need to take wickets," he added.

Junaid also recalled his conversation with Kohli prior to the series when the latter joked with him regarding the pitch conditions in India.

"The first ball I bowled to him was a wide but the next ball when I beat him, I thought 'he's a normal batsman'. Then I got some momentum," Junaid said.

"Virat jokingly said to me ahead of the series that these are Indian pitches and that balls won't swing or seam here. I said ‘we will see, because I have plenty of momentum with me as well."