New Delhi, Oct 14: India skipper Virat Kohli is achieving one milestone after another and the ace batsman, arguably one of the best across formats, who didn't score a century this year before the Pune Test, atoned for his dip with a knock of sheer brilliance. Kohli slammed a record-breaking unbeaten 254 in the first innings -- his career best in Test cricket. 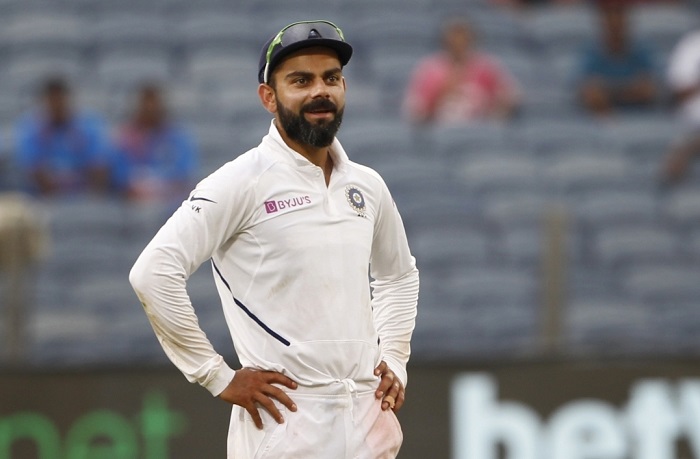 Recently, Kohli had become the second India captain to lead the side in 50 Tests. The victory in Pune was Kohli's 30th win in his 50th Test as India skipper, giving him the third best success rate after Steve Waugh (37 wins after 50 Tests) and Ricky Ponting (35 wins after 50 Tests) for any captain after 50 matches.

Kohli has so attained a 60 per cent victory rate with 30 wins, 10 defeats and as many draws.

On Thursday, Kohli achieved the feat when he surpassed Sourav Ganguly to become the second Indian captain after Mahendra Singh Dhoni to lead the side in 50 or more Test matches.

The Indian run-machine was tied at the second spot with former skipper Ganguly (49 Tests) in the list of leading the national side before the start of the second Test against South Africa on Thursday.