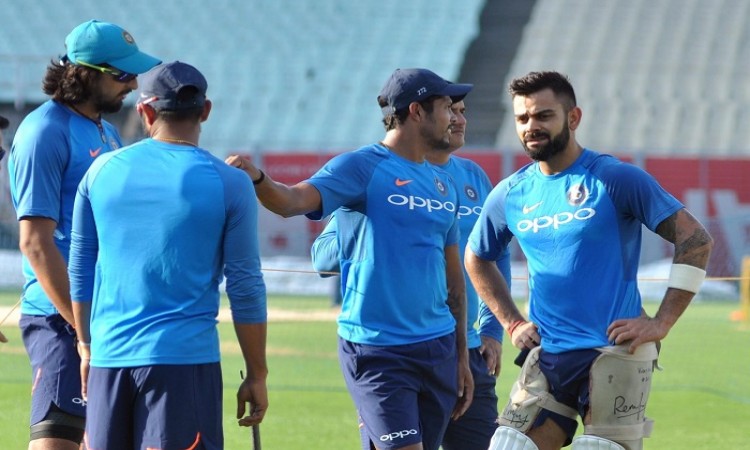 Kolkata, Nov 15 (Cricketnmore) A television crew member was hit by a Mohammed Shami delivery at the nets at the Eden Gardens on Tuesday, making Indian captain Virat Kohli take a break and ask after his well-being.

Kohli was facing Shami at the nets when he missed the delivery that went through and hit the crew on his forehead.

Kohli and Shami rushed towards the crew whom Indian team physio Patrick Farhart attended to later.

Kohli resumed batting at the nets only when he was assured that the crew was being properly attended to.

India play Sri Lanka in the first Test match at the Eden Gardens from November 16.