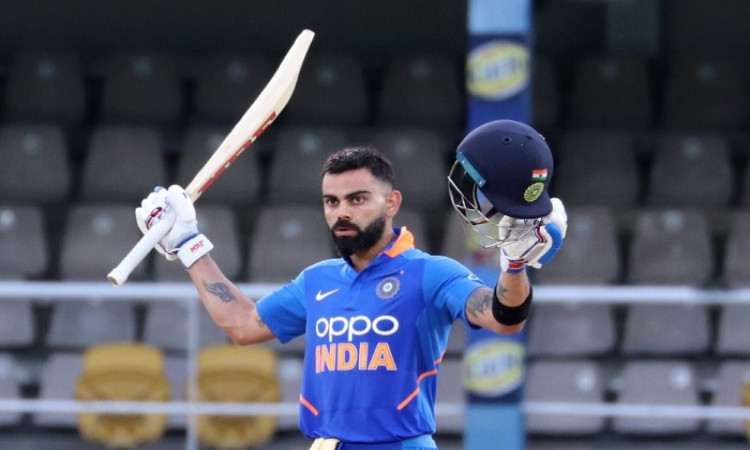 Port of Spain, Aug 15: On the way to his 43rd ODI ton, India skipper Virat Kohli created yet another world record as he became the first batsman to score 20,000 international runs in 10 years.

On Wednesday, Kohli scored his second consecutive century to help India beat West Indies by six wickets in the third and final ODI of the three-match rubber.

The 30-year-old played an unbeaten knock of 114 to help India chase down the revised target of 255 (DLS method), thereby clinching the series 2-0.

The Indian skipper is also just one century away from equalling Ricky Ponting in the number of centuries scored by a skipper in ODIs.