Dharamsala, March 11: India captain Virat Kohli is just 133 runs away from reaching 12,000 runs in his ODI career and could do so in India's upcoming three-match ODI series against South Africa. Kohli has 239 innings under his belt in his career which means that if he crosses 12,000 in this series, he will break Sachin Tendulkar's record to become the fastest to the landmark. 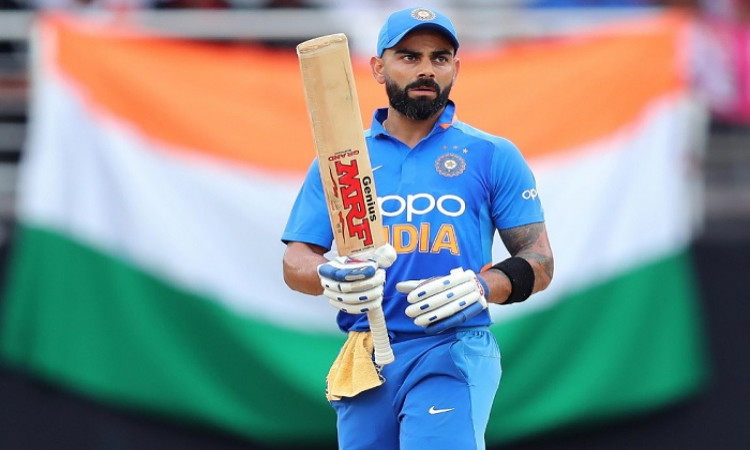 Tendulkar had taken 300 innings to get to the landmark. Former Australian captain Ricky Ponting is currently second on the list having reached 12,000 ODI runs in 314 innings while former Sri Lanka captain Kumar Sangakkara did so in 336 innings.

Kohli will be looking to break the shackles in the first opportunity he gets in the South Africa series as he has been going through a rare rough patch of form.

In the recently concluded three-match ODI series in New Zealand, Kohli's highest score was 51 and he scored 15 and 9 in the other two matches. In the subsequent two-match Test series, Kohli managed scores of 2, 19, 3 and 14 as India lost the series 2-0.