Virat 'consistent' but not in same class as Sachin: Abdul Razzaq 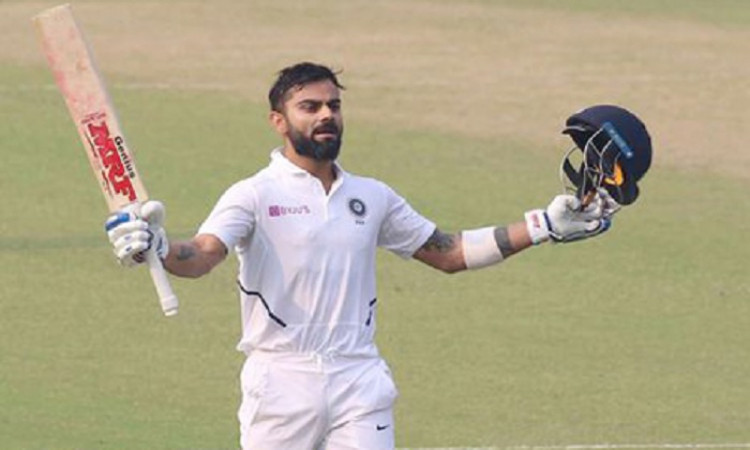 Lahore, Dec 5: Former Pakistan all-rounder Abdul Razzaq believes current India skipper Virat Kohli is a consistent batsman but he doesn't have the same class as that of Sachin Tendulkar.

According to Razzaq, overall the standard of international cricket has declined in the recent times and the teams don't have depth in the three essential departments of the game.

"We are not seeing the same world class players that we played against say between 1992 to 2007. T20 cricket has changed the game. There is no depth in bowling, batting or fielding. It is all basic now," Razzaq told Cricket Pakistan.

"Look at Virat Kohli when he scores he scores. Yeah, he is a good player for them and is performing consistently, but I don't place him in the same class as Sachin Tendulkar, who was a different class altogether."

On Wednesday, Kohli reclaimed the top spot in the ICC Test Rankings for batsmen, a position which was held by Australia's Steve Smith for a brief period of time.

Kohli, who had struck a fine 136 in the Day-Night Kolkata Test against Bangladesh to reach 928 points, is now five points clear as Smith's knock of 36 in the Adelaide Test against Pakistan saw him slip to 923 points from 931 before the match.

The 31-year-old Indian skipper already holds the number one spot in the ODI rankings.

40-year-old Razzaq, who played 46 Tests, 265 ODIs and 32 T20Is for Pakistan between 1999-2013, is already facing a lot of ire on social media after he claimed that he would have had no difficulty in countering highly rated India pacer Jasprit Bumrah, if the Pakistan all-rounder were still playing international cricket.

"After having faced world class bowlers in my time, I would have had no problem against a bowler like Bumrah. Pressure would have been on him," said Razzaq.

"I have played against great bowlers like Glenn Mcgrath and Wasim Akram, so Bumrah is a baby bowler in front of me and I could have easily dominated and attacked him."