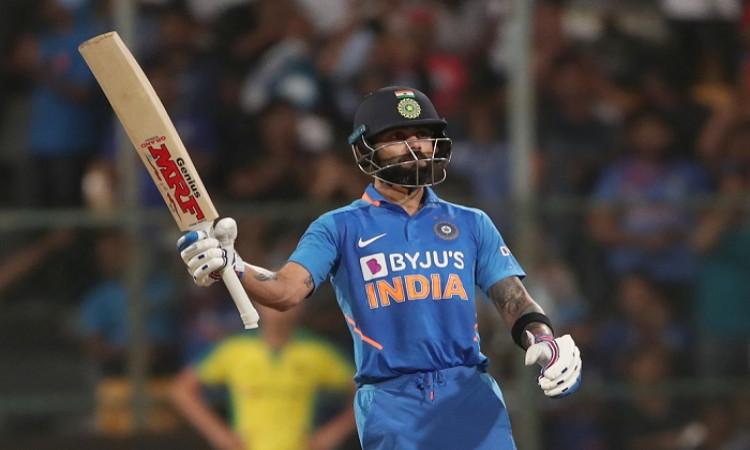 London, Jan 20:  Virat Kohli is the finest all format batsman, feels former England captain Michael Vaughan. The long time debate over who is better between India skipper Kohli and Australian star batter Steve Smith was once again brought up by social media enthusiasts after Smith slammed 131 off 132 balls in the third and series-deciding ODI against India.

Australia lost the match and the series 1-2 after Kohli's effervescent 89 and Rohit Sharma's brilliant 119 helped India to a seven-wicket victory.

Replying to a tweet which said former Aussie skipper Smith is the finest all format batsman, Vaughan said: "Disagree ... Virat is the best all round ... !!"

Smith has made a sensational comeback after his one-year ban from the game due to his role in the ball tampering saga by scoring truckloads of runs across all formats. Kohli, meanwhile, has continued to pile on runs as well as he maintained his position at the top of the ICC ODI player rankings with 886 points.

While pundits have spoken highly about Smith's ninth ODI century, former Pakistan skipper Rashid Latif has called it a failure on the part of the former captain to accelerate and give the visitors a top gear finish in the death overs.

In fact, Latif also credited Mohammed Shami and Jasprit Bumrah for keeping things tight in the last 10 overs of the Australia innings as they picked up wickets to peg back the visitors.

"One has to give credit to Mohammed Shami and Jasprit Bumrah for their efforts in the death overs. 80 balls for 80 chalte hain, but when you score 131, you need to do it in 100 or 105 balls. Smith's inability to accelerate and his slow partnership forced Australia to promote Mitchell Starc as a pinch hitter," Rashid Latif said on his YouTube channel.

Boxing Day Test to stay at MCG if crowd can…