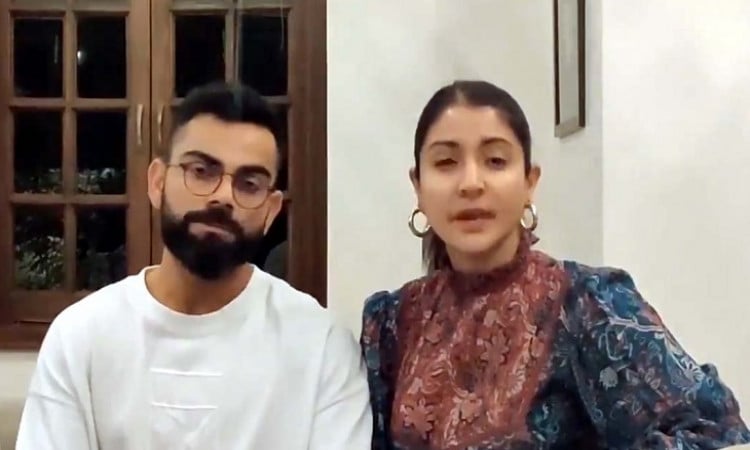 Mumbai, May 9: India skipper Virat Kohli and actress wife Anushka Sharma have contributed Rs 5 lakh each for police welfare as the world battles it out against the coronavirus pandemic.

Taking to Twitter, Mumbai police commissioner Param Bir Singh wrote: "Thank you, @imVkohli and @AnushkaSharma for contributing Rs. 5 lacs each towards the welfare of Mumbai Police personnel. Your contribution will safeguard those at the frontline in the fight against Coronavirus. #MumbaiPoliceFoundation."

Virat and Anushka have been trying to help the needy as much as they can in these troubled times and apart from donating to the PM-CARES Fund, the India cricketer also decided to join hands with former South Africa skipper AB de Villiers to raise money to help the needy.

They put up equipments -- that were used during their historic partnership against Gujarat Lions in 2016 edition of the Indian Premier League (IPL) -- on auction in order to raise funds for fight against coronavirus pandemic.

The duo struck the highest-ever partnership in the history of the tournament when they put together 229 runs against Gujarat in 2016 IPL.

"Cricket has given me many incredible memories -- and among the most precious stands the partnership with Virat Kohli, playing for RCB against Gujarat Lions in 2016," de Villiers wrote on his Instagram account.

"Everything clicked on what was an unforgettable night in the IPL. The capacity crowd at the M. Chinnaswamy Stadium were going crazy and we both scored centuries in a partnership of 229 off 96 balls. More importantly RCB won the match by 144 runs.

"Now we find ourselves in global crisis caused by COVID-19 pandemic and Virat and I would like to help the people in need, people struggling to put food on the table.

"So we are putting some items from that special day in 2016 and creating one unique auction item. All money raised will be donated to charities supporting people most affected by the by the crisis, split 50/50 between charities working in South Africa and India," he added.