Opener Madhav Kaushik scored an unbeaten 158 off 156 balls to lead Uttar Pradesh (UP) to 312/4 batting first against Mumbai in the final of the Vijay Hazare Trophy on Sunday at the Arun Jaitley Stadium. 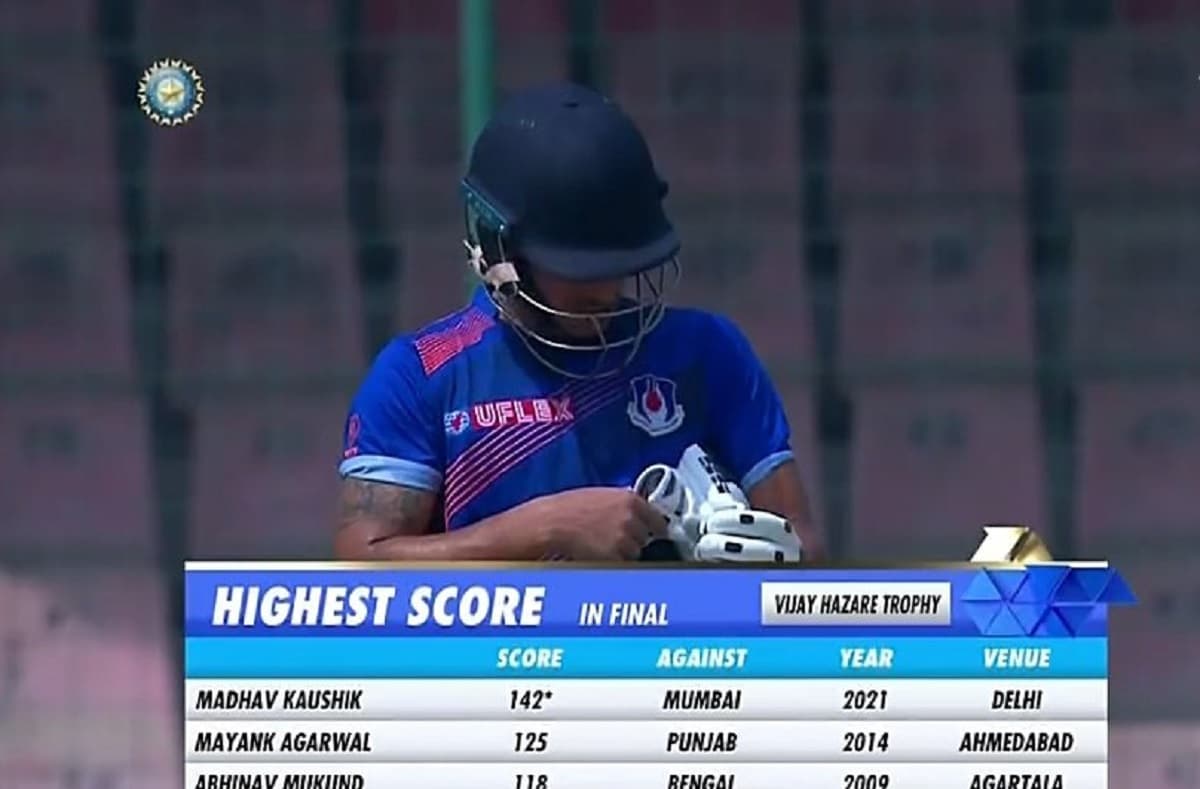 Kaushik hit 15 fours and four sixes in his innings.


IND vs ENG, Have To Be More Focussed With New Ball: England's Adil Rashid

UP started off with an opening partnership of 122 runs between Kaushik and Samarth Singh. Prashant Solanki got the breakthrough for Mumbai in the 26th over, dismissing Samarth on 55.

Tanush Kotian then pegged UP back by dismissing captain Karn Sharma for a duck and then getting Priyam Garg for 21. However, Akshdeep Nath then struck up a quickfire 128-run stand with Kaushik before being run out by Prithvi Shaw on 55 off 40 balls. Kaushik then hit three consecutive fours in the last over to take UP past 310 runs.