Dharamsala, Feb 7 - Delhi rode their batsmen's solid display to beat Tripura by seven wickets and register their second win in Group B of the Vijay Hazare Trophy here on Wednesday.

In reply, Delhi's top order put on a great show with Nitish Rana top scoring with a 60-ball unbeaten 94 while chasing down the target in 39.1 overs.

Unmukt Chand carried on his good form with a 65-ball 55 and together with Hiten Dalal (76) shared 93 runs for the opening stand to set up the platform for the chase.

Delhi are now second in Group B behind Maharashtra who defeated Uttar Pradesh by 105 runs in another Group B encounter in Bilaspur.

Elsewhere in Group B, Bengal and Kerala were tied in a rip-roaring clash at Nadaun.

Both outfits were locked at 235 at the end of 50 overs. Kerala batted first but had only one major contribution from their batsmen, an innings of 100 not out which came from in-form opener, Jalaj Saxena.

Bengal floundered in the modest run chase with only skipper Manoj Tiwary scoring an unbeaten 73. With one to get off the last ball, number nine Kanishk Seth was run out going for a single as the match ended in neither team's favour.

In Group A, Karnataka rode on in-form batsman Mayank Agarwal's 90-ball 109 to beat Baroda by 85 runs (via VJD method) in Bengaluru.

Put in, Karnataka lost India test opener KL Rahul (3) early but R Samarth (77) helped Agarwal to build a 95 run-stand and set the platform for the R Vinay Kumar-led side.

They finished on 312/9, and in reply Baroda lost wickets at regular intervals to fall behind the run rate.

Only opener Kedar Devdhar (48) and all-rounder Krunal Pandya (39) showed the intent, but good bowling by K Gowtham (4/42) and Shreyas Gopal (3/30) pegged them back.

In another match, Odisha beat Railways by two wickets with three overs remaining.

Electing to field first, the Odisha bowlers restricted Railways to a below-par 212 and then rode on Govinda Poddar's 64 to win.

In another Group A tie in Bengaluru, Punjab suffered a two-wicket defeat at the hands of Haryana in a thriller as captain Yuvraj Singh failed once again taking 77 balls to score 43. Gurkeerat Mann notched up 42 as the side, put in to bat first by Haryana skipper Amit Mishra, managed 247/9 in 50 overs.

In reply, Haryana had 19-year old Shubham Rohilla hitting 96 to steer the chase which went down the wire with one ball remaining as Harshal Patel (18 not out) and Ajit Chahal 6 not out) took the team to victory. 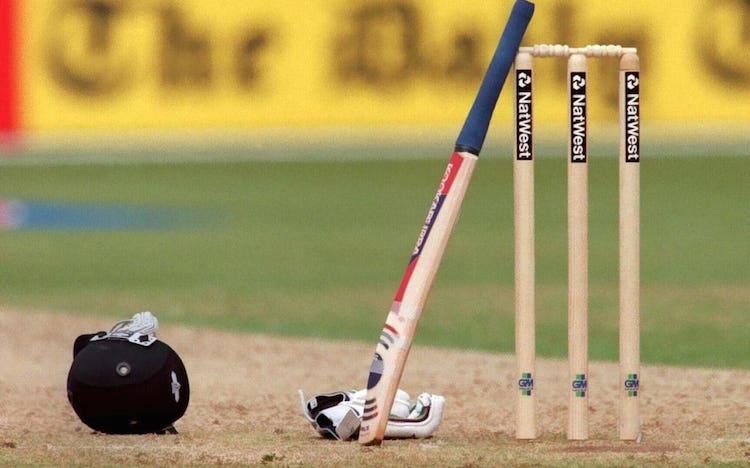