Vihari closes in on maiden ton as India reach 336/7 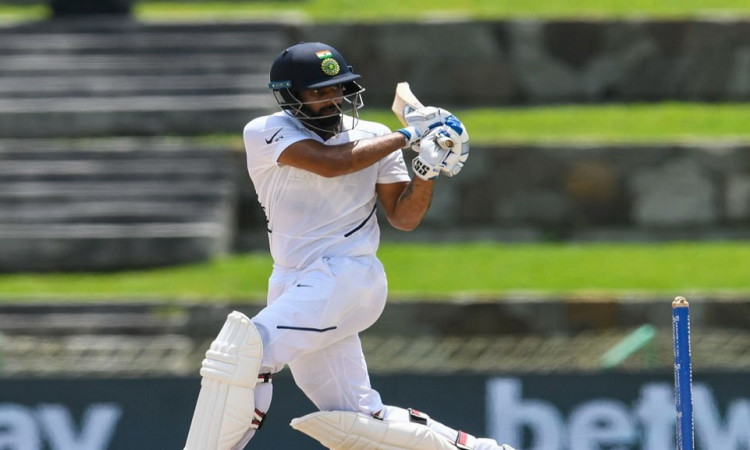 Aug 31 (CRICKETNMORE) Hanuma Vihari scored his second consecutive fifty and inched closer to a maiden hundred as India reached 336/7 at lunch on Day of the second and final Test against the West Indies at the Sabina Park here on Saturday.

Vihari, who cracked a career-best 93 in the second innings of the first rubber as India won by a mammoth 318 runs, brought up his third half century in just his sixth Test appearance after resuming on 42 with India on 264/5.

At the break, he was batting on 84 from 158 balls with the help of 13 fours. Ishant Sharma was batting with Vihari on 11. The tourists lost under-fire wicketkeeper batsman Rishabh Pant in the first ball of the day as the 21-year old failed to add to his overnight score of 27, Jason Holder removing his stumps with a delectable inswinger.

Windies skipper Holder, who bowled brilliantly on Day 1 to dismiss India counterpart Virat Kohli (76) among others, was the pick of the bowlers with figures of 4/62. Vihari and Ravindra Jadeja then added 38 for the seventh wicket before debutant Rahkeem Cornwall (2/97) had Jadeja caught at mid-on by Darren Bravo.

Jadeja showed a lot of patience for his 16 from 69 balls but Cornwall won the battle of attrition with a length ball outside off which the Saurashtra allrounder slogged to Bravo.

At the other end, there was no stopping Vihari who went about his job with poise and showed composure of the highest order.