Warwickshire Chief Executive Stuart Cain has heavily criticized the crowd behavior following the T20 Vitality Blast match between Birmingham Bear and Derbyshire on Thursday, indicating that it could become a Covid-19 super-spreader event. 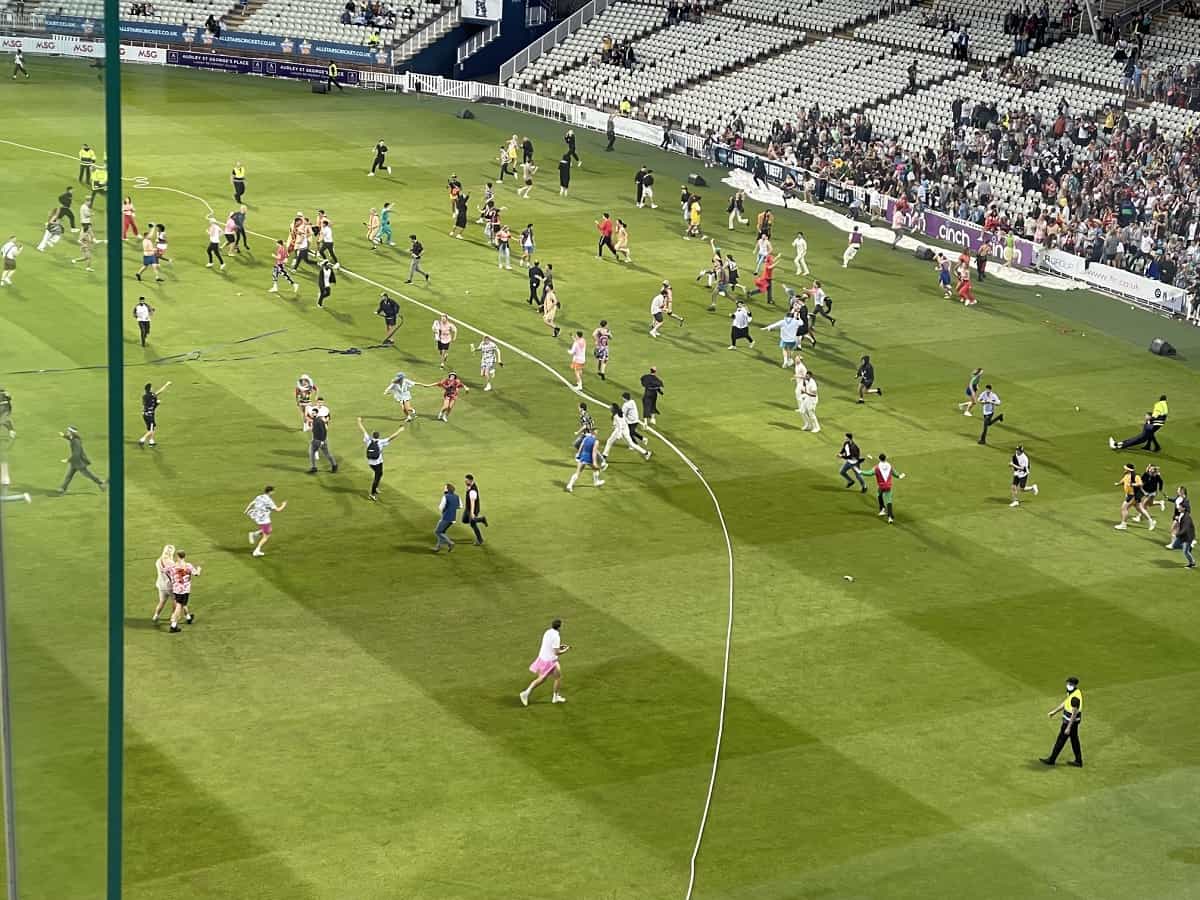 Hundreds of spectators invaded the pitch following Derbyshire's five-wicket win over Birmingham Bears, and while no one was hurt, there were reportedly scenes of altercation between stewards and spectators.

Pitch invasion at Edgbaston after the game tonight. Less than ideal in this current Covid environment. Was happening during the game, too. pic.twitter.com/koGDmJAP1P

"The behaviour of a small number of students after the match finished was disgraceful," Cain told ESPNcricinfo in a statement.

"The organiser behind their attendance was well aware of social distancing requirements and these were communicated to everybody who bought a ticket. They were then enforced as best as possible on the evening by stewards who worked incredibly hard to manage their behaviour. Messages were repeatedly broadcast over the PA system and screens, and pitch invaders ejected. They will receive a life ban if identified.

"With society having spent the last 15 months managing the pandemic, to see a small number of people behaving in this way is heart-breaking. We apologise to the majority of spectators who respected social distancing measures. I will not let this company or crowd come to Edgbaston again," added Cain.

A spectator was quoted as saying that the "The atmosphere was horrible. I have never, in 50 years at the club, been at anything like it. If the club wishes to continue to advertise Edgbaston as a 'fortress' and encourage excessive drinking and partying at the expense of appreciation of cricket, I'm out of there. It was a disaster waiting to happen and a gross error of judgement on the part of the senior management team. Heads should roll."