Indian Women Cricket team opener Smriti Mandhana scored a wonderful century against Australia in a one-off Day-Night test in Queensland. On the second day of play, Smriti Mandhana smacked Ellyse Perry for a four in the 52nd over to reach this milestone. 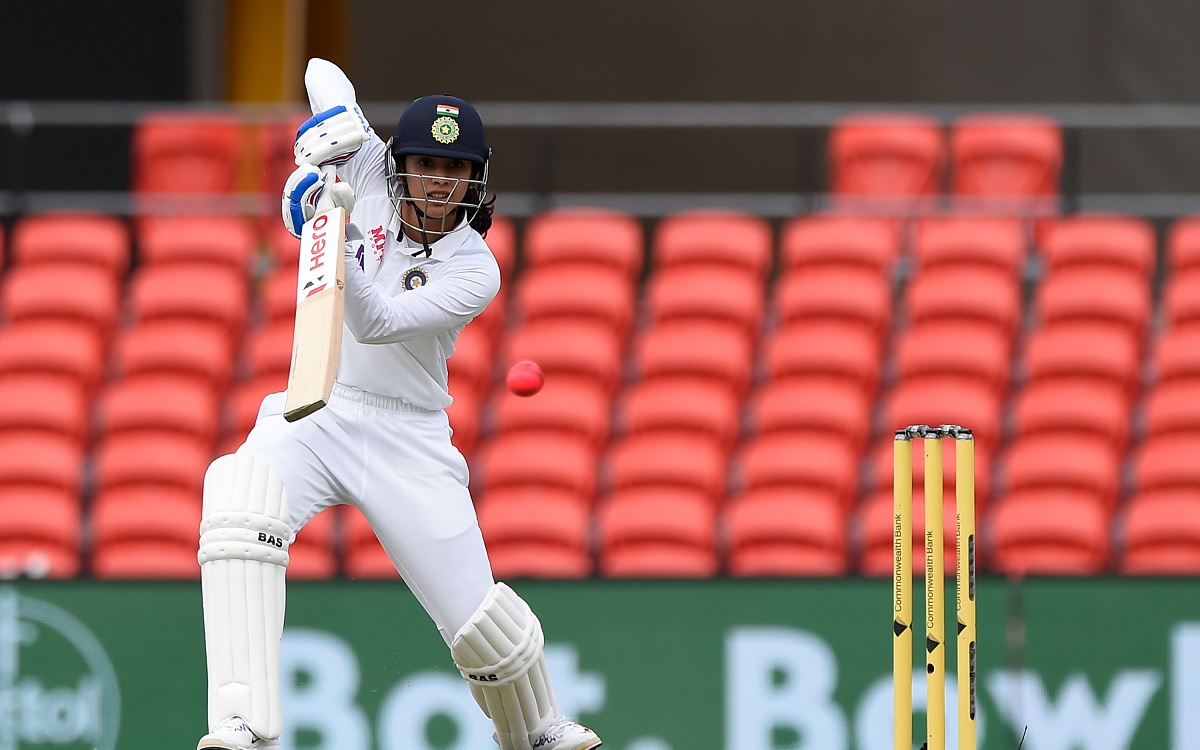 This is also Smriti's first test century. She smacked 18 fours and 1 six and took 170 deliveries to achieve this feat.


Ashes Will Go Ahead With Or Without Joe Root: Australian Captain Tim Paine

Mandhana became the first female cricketer to hit a century in a day-night test for India. Before her, Virat Kohli was the only one to achieve this feat. Kohli smashed a century against Bangladesh in 2019 at Eden Gardens.

One thing particular about this is both Smriti Mandhana and Virat Kohli's jersey no. is 18.

Smriti Mandhana also became the first opening batter to have ODI & Test century to her name in Australia. Aside from her, only legends like Sourav Ganguly, Sachin Tendulkar, VVS Laxman & Virat Kohli have achieved this feat.

Smriti Mandhana scored 127 runs in 216 balls, smacking 22 fours & 1 six. With this, she achieved another milestone in women cricket - of playing the biggest innings in Australia by a foreigner. She broke the record of Molly Hyde, who scored 124* against Australia in 1949 at Sydney Cricket ground.