India's ODI and Test captain Virat Kohli and the former South African batsman AB de Villiers, who recently retired from all forms of cricket, can be seen shaking a leg in the Royal Challengers Bangalore new music video released on Tuesday. 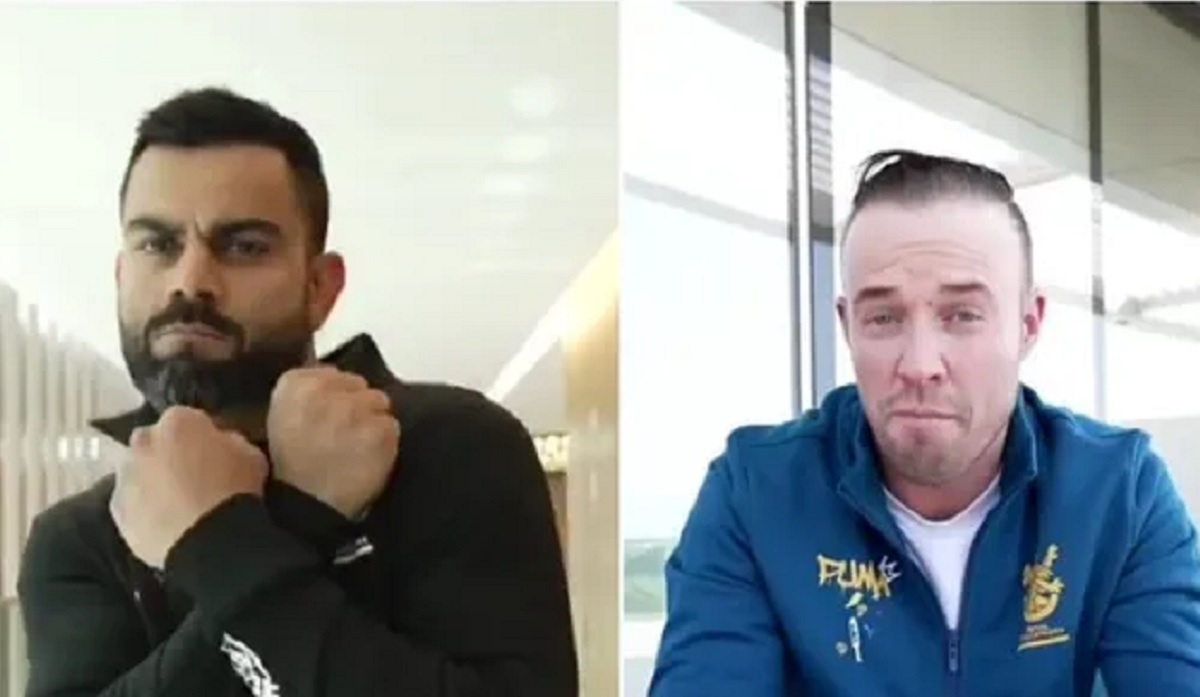 Apart from Kohli and de Villiers, other players including Mohammad Siraj, Yuzvendra Chahal, and Navdeep Saini are also seen dancing in this video.

RCB shared this video on their Instagram and captioned it as, "Celebrating the solidarity and play bold spirit of Royal Challengers Bangalore. Special thanks to all our players who wear RCB colors and give their 100 percent on the field."

Kohli has also posted this video on his Instagram.

With the IPL 2022 mega auction just on the horizon, RCB celebrates this spirit and the togetherness of the team, paying tribute to the undying 'Never Give Up' attitude of every member involved in the journey through this exciting music video.

Directed and choreographed by Dhanashree Verma with music by Harsh Upadhyay, the top stars from the team performed the Hustle signature dance step. The video inspires RCB's wide geography of fans to 'Never Give Up and Don't Back Down'.

Speaking about the video Rajesh Menon, Vice President and Head, RCB said, "The core thought behind the Play Bold philosophy is, you don't know what's on the other side unless you are willing to try to find that out by committing to it fully. #PLAYBOLD narrative is one that every member of the team believes in, and we wanted to celebrate that philosophy and mindset. This video is dedicated to every member in the team and the fans who have been part of this journey."

Speaking about her experience of directing and choreographing the dance music video, Dhanashree Verma said, "It was so much fun working on this video with the RCB cricketers. Having seen the effort of the RCB players in everything they do, I began appreciating the #PlayBold mentality, which not only helps in sport but in our daily lives too. RCB is my extended family, and it was only fitting that I dedicate this video to every member in the team and to the thousands of fans out there."