VIDEO: Quinton de Kock Plays One Onto The Stumps To Get Out In An Awkward Manner Against Australia

South Africa's wicketkeeper & in-form batter got out in one of the most awkward manners against Australia in the first match of the Super 12 of T20 World Cup 2021. After being put to bat first, Proteas are in all sorts of trouble as they lost 3 wickets in the powerplay and are currently at 59/4 in 10 overs. 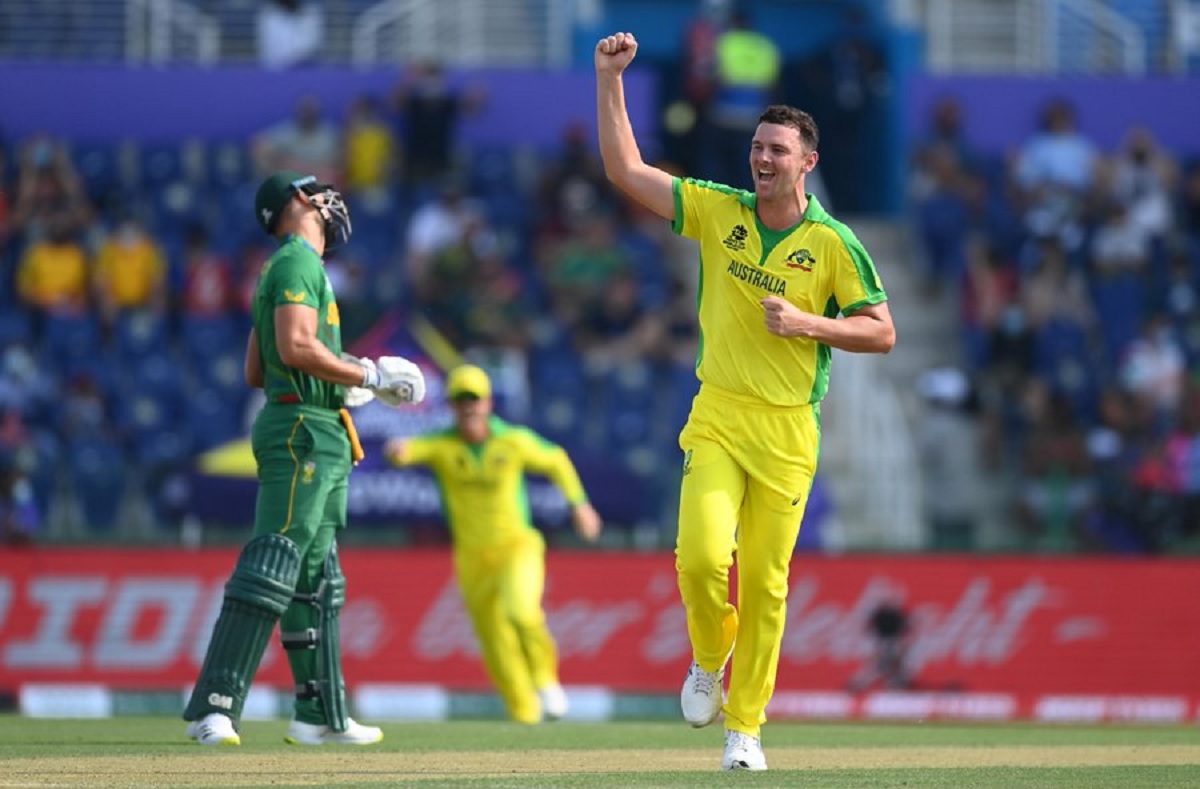 This incident took place on the first ball of the fifth over. Quinton de Kock tried a cheeky paddle against a shot length delivery from Hazlewood. Quinton shuffled across the off-stump and missed the shot as the ball lobbed off his body, went into the air only to dislodge the bails.

Maybe de Kock had lost sight of the ball and was only able to watch it go onto the stumps, hopelessly. This was a strange way to get out and South African fans would be disappointed by this unlucky dismissal of their in-form batter.

Earlier, South African captain Temba Bavuma got off to a flying start with 2 boundaries in the first over against Mitchell Starc. However, Maxwell was brought in the second over to trouble de Kock but instead dismissed the proteas' captain on the 3rd ball.

For Australia, Josh Hazlewood picked up one more wicket of Rassie van der Dussen, who scored in the last warm-up match for South Africa. South Africa was at 16/2 after which Quinton de Kock also followed van der Dussen into the dugout.