VIDEO: Jarvo69 Once Again Breaches Security, This Time At The Oval

India vs England 2021: For the third consecutive Test in the ongoing series, Jarvo, a fan dressed in an Indian jersey breached the security cordon and entered the field of play. 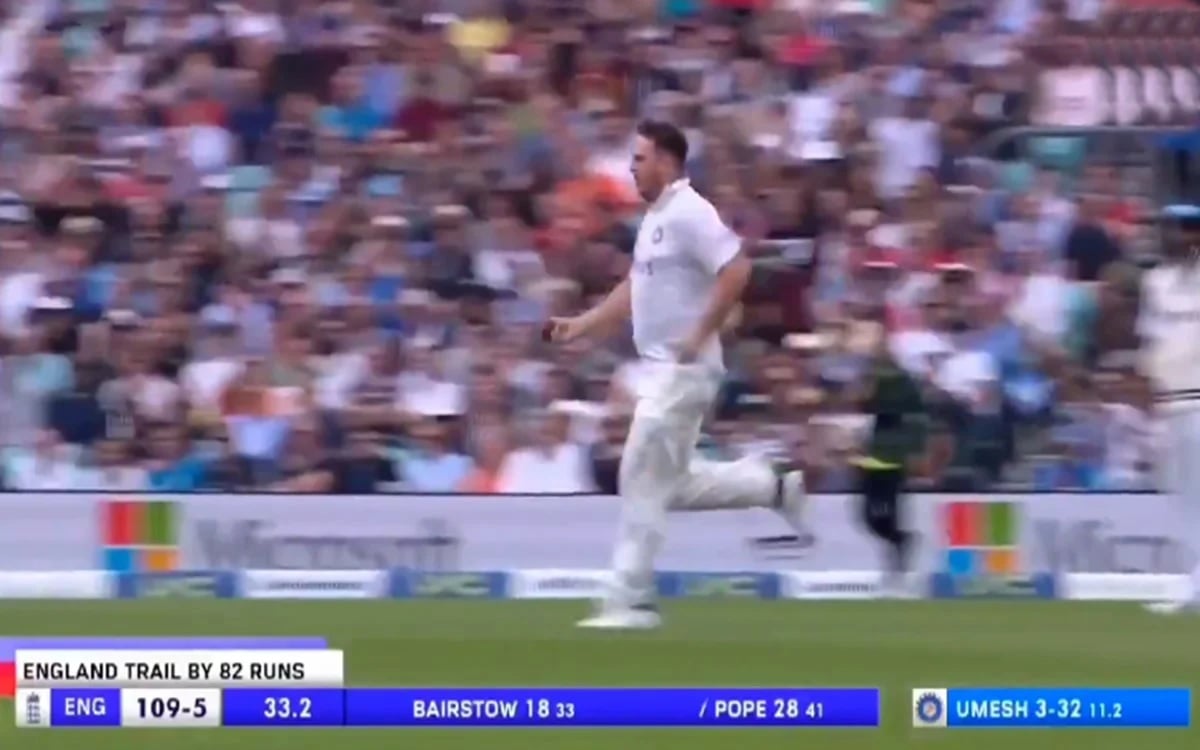 The incident took place in the 34th over of the England innings on Friday, the second day of the ongoing fourth Test being played at The Oval.

Jarvo ran in before the bowler Umesh Yadav could get into his run-up for a delivery and got into a position to deliver the ball. The security ran in to nab him.

Jarvo Is Back Again!

It remains a surprise how security at different grounds have allowed the fan into the field regularly.

I think a few people need to be sacked at grounds in England. This is a very serious security lapse and it just continues. Not even a prank anymore. #Jarvo #Idiot.

Jarvo had earlier walked into the field of play as a batsman during the third day's play of the third Test at Headingley.

He had walked into the field padded up, ready to take guard, after the fall of Rohit Sharma's wicket before ground security got into the act and dragged him out.

Earlier, during the second Test at Lord's, Jarvo had walked into the field and got mixed with the fielders. The Indian team members found it amusing.

Back in February during England's tour of India, a local fan had breached security in Ahmedabad and walked into the field of play on the first day of the third Test to meet India skipper Virat Kohli. The local police, however, had taken note of it.