Video: Finn Allen Begins His International Career With A Reverse Sweep Before Hitting A Massive Six

New Zealand's Finn Allen enjoyed his brief outing with the bat in the second game of his international career and showed a glimpse of what lies ahead. 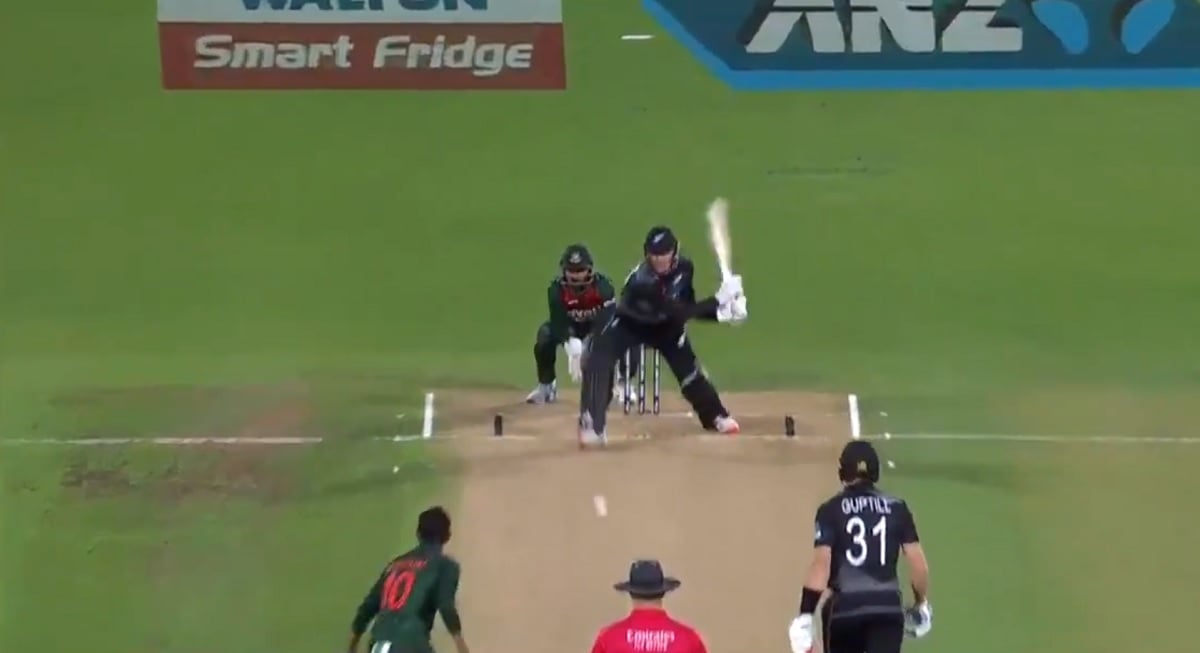 In the second T20I against Bangladesh on Tuesday, Allen opened the innings, after being dismissed for a duck in his debut game, and began his career with a perfectly timed reverse sweep which went for a four.

In the third over of the game, Allen welcomed Taskin Ahmed with a massive six that went out of the ground.

Out of the park! Finn Allen has six. What a welcome for Taskin. Follow play LIVE with @sparknzsport #NZvBAN pic.twitter.com/YtfCFkrxI8

Finn Allen got out soon after an entertaining knock of 17 in 10 balls which included two fours and a massive six. It sure had his confidence level boosted especially with a big T20 season lined up ahead of him.

Allen will be joining Virat Kohli's Royal Challengers Bangalore(RCB) for the IPL 2021, which will be starting on 9th April. He got recruited after Josh Phillippe pulled out of the upcoming season due to personal reasons.

Kiwi batsman is coming from a successful domestic season in which he smashed record 25 sixes during the tournament.