Video: Danushka Gunathilaka Given Out 'Obstructing The Field' In 1st ODI

Sri Lanka opener Danushka Gunathilaka became the first Sri Lankan player and only the eighth in the history of ODI cricket to be given out for obstructing the field. 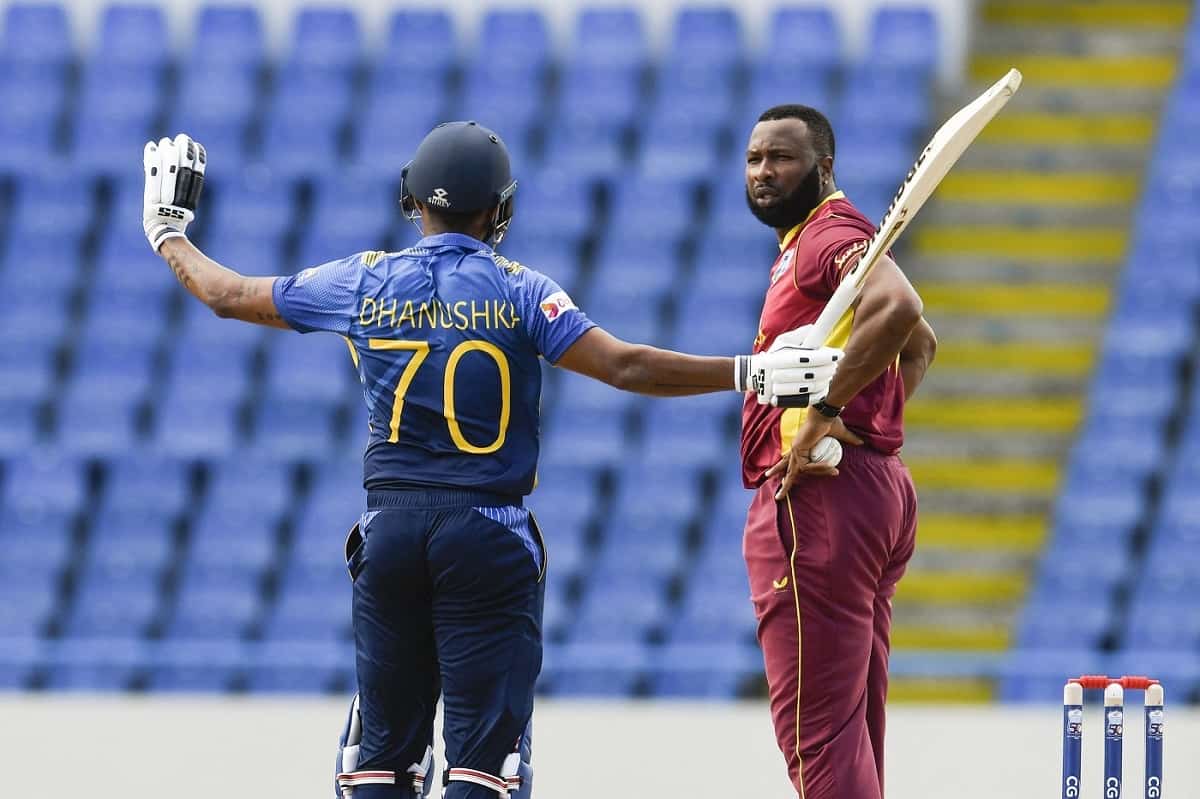 It happened during the first match against the West Indies.

The incident occurred off the first ball of the 22nd over bowled by West Indies captain Kieron Pollard on Wednesday. Gunathilaka, who was batting on 55 off 61 balls, played at a length delivery and the ball dropped by his feet.

Pathum Nissanka, who was at the non-striker's end, came charging down for the single and Pollard also ran forward spotting the chance to effect a run-out.

However, Gunathilaka sent Nissanka back and back-heeled the ball while getting back into his crease just as Pollard was bending down to pick it up. Pollard could then be heard saying "How was that umpire?" on the stump mic.

Umpire Joel Wilson referred the decision to the third umpire and gave a soft decision of out. The third umpire wasted little time in confirming Wilson's call and Gunathilaka had to walk back to the pavilion.

Sri Lanka’s Danushka Gunathilaka Given Out Obstructing The Field In First ODI Against West Indiespic.twitter.com/0yzDBK66cz