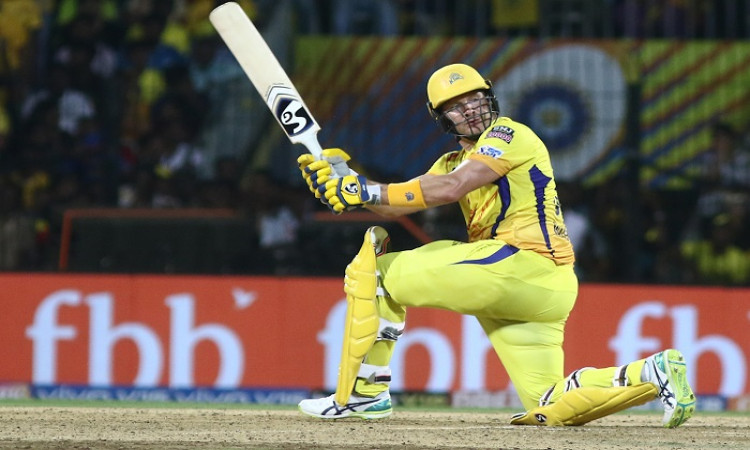 New Delhi, April 26 (CRICKETNMORE):  Veteran all-rounder Shane Watson has announced his retirement from Australia's Big Bash League (BBL). Watson, who was the captain of the Sydney Thunders, has called time to his BBL career in order to spend more time with family.

The 37-year-old played for the club for four years, captaining the side for the past three seasons.

"I want to thank everyone from the bottom of my heart who has been involved with the Sydney Thunder over the last four seasons," said Watson in a statement issued at the club's website.

"I have so many amazing memories that I will savour forever with the one standout being our win in 2016. I want to especially thank Nick Cummins, Paddy Upton, Lee Germon and Shane Bond who made my experience with the club so enjoyable," he added.

Watson finishes his career as Sydney Thunder's all-time leading run-scorer with 1,014 runs from 42 games. Cementing himself as one of Sydney Thunder's most popular players, the all-rounder also took 19 wickets for the club and helped Thunder win their first-ever BBL Championship in 2016.

Sydney Thunder head coach Shane Bond paid tribute to Watson on a career that included 307 appearances across all formats for Australia.

"I played against him a little bit and he was an outstanding player, so I was really looking forward to working with him," said Bond.

"He was great to work with, he's the ultimate professional. He cared about the team and the players and was hugely respected in the dressing room. We're really going to miss what he brings to the team and he will be a big loss," he added.

Watson will be available for select overseas tournaments, including the Indian Premier League (IPL).