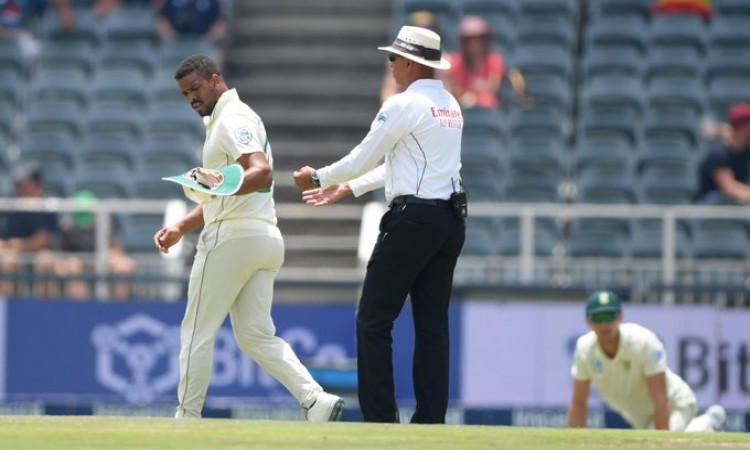 Johannesburg, Jan 26: The International Cricket Council (ICC) on Sunday fined South African fast bowler Vernon Philander 15 percent of his match fee and handed him one demerit point in what is his last Test. Philander received the penalty for his celebration after dismissing England's Jos Buttler on the second day of the ongoing fourth Test between the two sides at the Wanderers here.

"South Africa all-rounder Vernon Philander has been fined 15 per cent of his match fee for breaching Level 1 of the ICC Code of Conduct during the second day of the fourth Test against England at the Wanderers," said the ICC.

Also Read: Needed to stay in there after Kohli, Rohit dismissals: KL Rahul

"Philander was found to have breached Article 2.5 of the ICC Code of Conduct for Players and Player Support Personnel, which relates to 'using language, actions or gestures which disparage or which could provoke an aggressive reaction from a batter upon his/her dismissal during an International Match'".

"In addition to this, one demerit point has been added to the disciplinary record of Philander, for whom it was the first offence in a 24-month period."

Philander had announced before the start of the series that this would be his last in international cricket. He took the wicket of England opener Zac Crawley and that of Buttler on Day 2.

Buttler had earlier in the series launched a foul-mouthed barrage against Philander while the latter was batting for which the England wicketkeeper was punished by the ICC.