Former India captain and selector Dilip Vengsarkar feels that the BCCI president Sourav Ganguly is "undermining the credentials" of both IPL chairman and national selectors by "sticking his neck out". 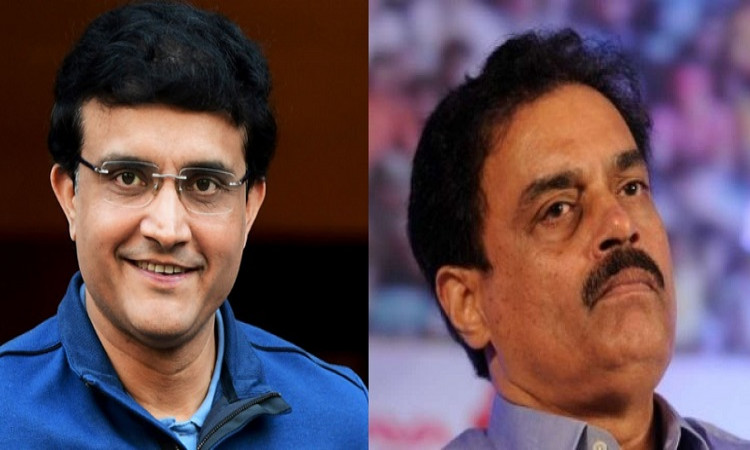 "When the IPL dates and venues were being discussed and organized, he was speaking on behalf of the IPL chairman. Sadly, time and again, he's sticking his neck out on behalf of those who are capable of taking decisions and explaining them on their own. Is he undermining their credentials? Or does he feel he knows more than the others?" Vengsarkar questioned.

The 64-year-old said he is astonished to Ganguly speaking on behalf of the appointed chairman of selectors.

"It's quite astonishing to see Ganguly wearing so many hats as he speaks on behalf of the supposedly appointed chairman of selectors, Sunil Joshi, as to why 'X' was dropped and 'Y' was not selected and why 'Z' was not considered, besides how somebody is still not fit,"  Dilip Vengsarkar told the Times of India.

Sourav Ganguly has been quite vocal during his term as the BCCI president. Recently, Ganguly spoke about the "injury" related to Rohit Sharma due to which he was not named in the Indian squad. He said that Sharma has a hamstring tear that could get ruptured again if he plays. He further said that Rohit will travel to Australia if he recovers.

BCCI announced an updated squad on Monday for the Australia tour in which Rohit Sharma's name has been included for the test series, however, he has been given rest for ODIs and T20Is.