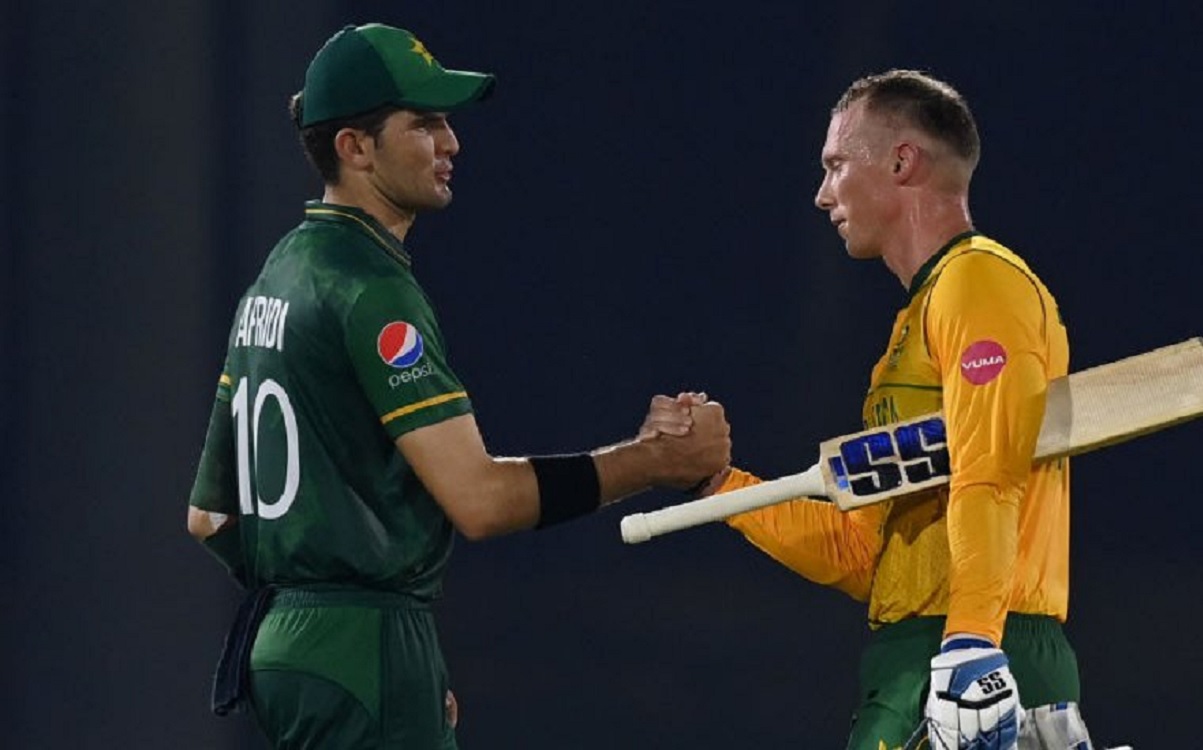 Chasing 187, South Africa lost Quinton de Kock and Reeza Hendricks in the first three overs and were struggling at 45/2 in eight overs.

Van Der Dussen and captain Temba Bavuma added 107 runs for the third wicket in the next 12 overs to keep Proteas in the chase. However, the chances of pulling off the run chase were still looking bleak.

With 19 needed off the final over, Van Der Dussen and David Miller smashed Hasan Ali for two sixes and two fours to complete the chase on the last ball. Rassie remained unbeaten at 101.

Earlier, on being asked to bat first, Pakistan had a poor start as they only managed 36 in the powerplay and lost the wicket of Babar Azam and Mohammad Rizwan.

Fakhar Zaman continued with where he left in the last warmup game and smashed 52 off just 28 balls, including five sixes. He got god support from Shoaib Malik, who hit 28 while Asif Ali, 32 from 18 helped Pakistan finish strong.

For South Africa, Kagiso Rabada took three wickets while Keshav Maharaj and Anrich Nortje got one each.