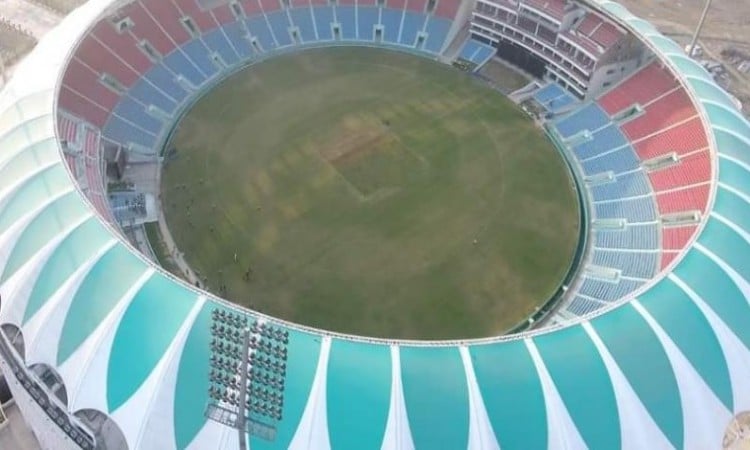 The match, which has created excitement among the cricket lovers in the state capital and around, will henceforth be played in the stadium named after Vajpayee, who would represent Lucknow in Parliament.

UP Governor Ram Naik has approved the government proposal to this effect. Orders were issued for the change of name by Principal Secretary (Housing) Nitin Ramesh Gokaran late on Monday.

Officials of the Lucknow Development Authority (LDA) informed that the clause 17.5.1 of the agreement between Ekana Sports City Private Ltd, GC Constructions and Development Industries Pvt Ltd and the LDA says that the stadium will be named after the project is completed.

The state government used the powers vested in it as per this clause, on the eve of the high-decibel match, and changed its name in the memory of Atal Bihari Vajpayee, who passed away in August this year.

Meanwhile, both cricket teams arrived in the city on Monday to a rousing welcome. The cricket mania has completely overtaken the Diwali festivities in the city and everyone seems to be scurrying for passes as the online tickets have been sold out.

From ministers to bureaucrat sons, police officials, everyone worth their name on Monday evening was hunting for possibilities to see the match at the stadium which was built under the watch of Samajwadi Party (SP) chief and former Chief Minister Akhilesh Yadav during his tenure.