Used to taking bit of spit on fingers before I catch the ball: Faf du Plessis 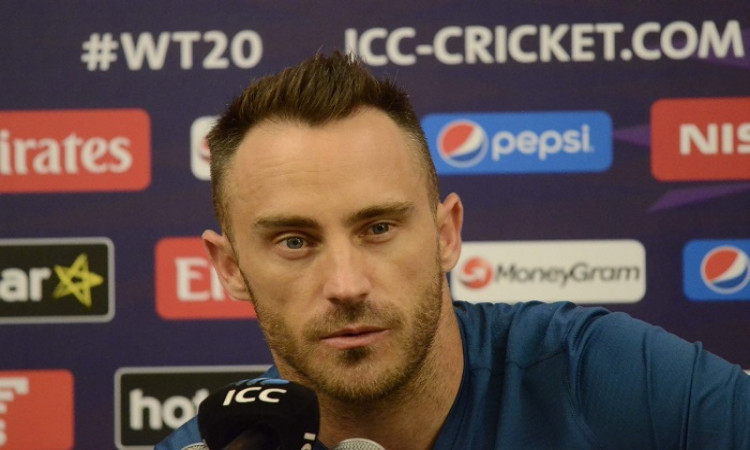 Mumbai, May 23: The coronavirus pandemic has seen the rise of new safety guidelines and the ICCs Cricket Committee has recommended banning the use of saliva to polish the match ball. While it is a given that cricket in the post-COVID era will see players being stopped from using saliva to shine the ball, South Africa batsman Faf du Plessis feels that it will be a little difficult to get used to this change.

Speaking on Star Sport's show Cricket Connected, du Plessis said: "I'm used to taking a bit of spit on my fingers before I catch the ball at slip. If you look at someone like Ricky Ponting, he has a big spit on his hands every time he tried to catch a ball."

Interestingly, Australia pacer Pat Cummins in a recent interview for Kolkata Knight Riders had said that if the situation is such that applying saliva or sweat to a ball can lead to spread of coronavirus, cricket wouldn't be starting in the first place. And Shreyas echoed the sentiments.

"Definitely, he is talking as a bowler. From the bowler's perspective it is really important to swing the ball as I said. It is important to maintain the ball and if that isn't there, then there would be no point of playing," he told IANS.

Former India opener Gautam Gambhir had also told IANS that he fears the recommended saliva ban could further take the game -- which is already titled towards the batters -- away from the bowlers.

"It will be the hardest thing for the bowlers. The ICC have to come out with an alternative. Without shining the ball, I don't think it will be an even contest between bat and ball," Gambhir said.

"If they don't allow using saliva, they will have to come up with an alternative to help the bowlers to shine the ball. It's going to be very important otherwise there would be no fun watching cricket," he added.