Colombo, July 1: Sri Lanka cricketer Upul Tharanga on Wednesday was questioned by the special committee with respect to match-fixing claims made by former sports minister Mahindananda Aluthgamage, according to media reports. 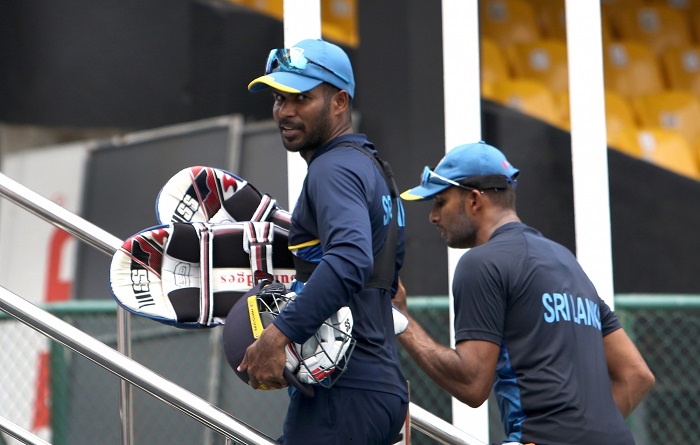 Tharanga, who scored 2 off 20 deliveries before getting dismissed by Zaheer Khan in the 2011 World Cup final, appeared in front of the Special Investigation Unit, as per a report in newsfirst.lk.

This comes after former captain and ex-chief selector Aravinda de Silva was reportedly questioned for almost six hours on Tuesday.

Aluthgamage had earlier claimed that the final at Wankhede Stadium was fixed as they could've won the match easily.

"The 2011 Cricket World Cup final was fixed. I stand by what I say. It took place when I was the minister of sports," Aluthgamage had said last month.

Following such allegations, Kumar Sangakkara, who was the captain of the team at the showpiece event, had asked for proof in the matter.

"Then no one needs to speculate and can get to the bottom of this. That should be the most prudent course of action," Sangakkara had said.

Another Sri Lankan great, Mahela Jayawardene, had also spoken on the issue and had tweeted: "Is the elections around the corner Looks like the circus has started. names and evidence?"