Universe Boss: A Look At Best Of Chris Gayle In IPL

Chris Gayle has been an unstoppable batting force globally ever since the first match of the inaugural T20 World Cup. Gayle has smashed all the bowlers around the park for fun and has scored 6 centuries in the IPL. He has amassed 4,965 runs in141 innings, averaging 39.7 at a strike rate of 149.0. He also has 31 fifties to his name in the IPL. 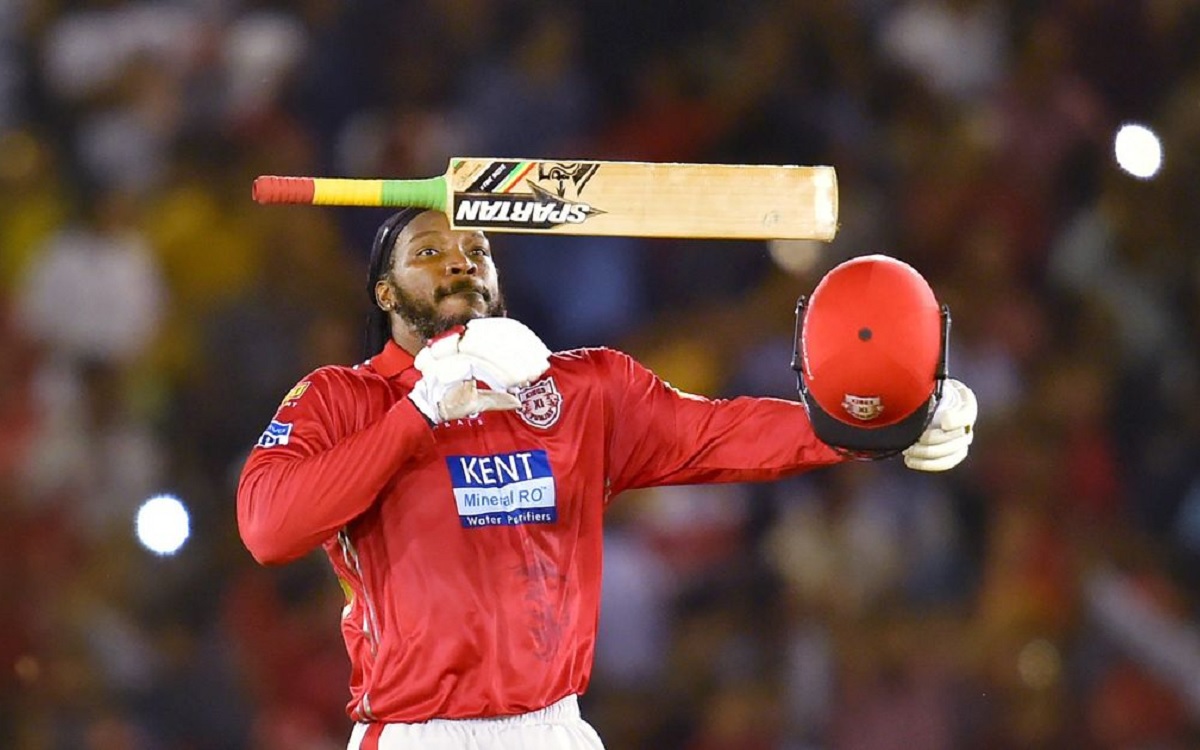 Chris Gayle who is a part of Punjab Kings has now opted out of the ongoing season of the IPL 2021. PBKS have cited "bubble fatigue" as the reason for the Universe Boss leaving the team bio bubble. Gayle has been in the bio bubble for a long time now given that CPL ended earlier this month. He wants to be ready and at his 100% for the Windies team in the upcoming T20 World Cup.

This may embark the end of Gayle in the IPL. The 42-year-old was bought by Punjab in the last auction at the base price of 2 crores, and he may have difficulty in finding a buyer in the next year IPL's mega auction. However, he has splayed some remarkable innings over the years in the IPL.

Gayle has decided to leave the IPL bio-bubble to take a break and refocus on helping West Indies in the T20 World Cup
.
.#IPL #IPL2021 #T20WorldCup #ChrisGayle #westindies #PunjabKings pic.twitter.com/nc7LZVdeMZ

Here's a look at the top 5 Universe Boss' innings in the IPL:

Chris Gayle smashed 104* in 63 balls against Sunrisers Hyderabad in the IPL 2019. Gayle won the man of the match award for this innings. Batting first, Kings XI Punjab (now: Punjab Kings), scored 193/3 in 20 overs courtesy of Gayle's power hitting. Even though Williamson & Pandey provided resistance while chasing for SRH, KXIP ended up winning this match by 15 runs.

Chris Gayle while donning the jersey of Royal Challengers Bangalore has splayed the best of his innings. One similar inning came against his current franchise Punjab in 2011. Gayle, while batting first for RCB, scored 107 off 49 balls, smashing 10 fours and 9 sixes. In reply, Punjab could only manage 120/9 and was defeated by 85 runs.

Royal Challengers Bangalore batting first against Delhi Daredevils (now: Delhi Capitals), was powered to 215/1 in 20 overs. In this, Universe Boss scored 128* off 62 balls, smashing 7 fours and 13 sixes. DD in reply was able to put up a fight but the target proved to be a bit too much for them as they got to 194/9 in their 20 overs.

This one till date stands to be arguably the best batting performance by a batter in the IPL. In 2013, in a league stage match against Pune Warriors India, while batting first, Gayle went full berserk. He smashed 13 fours and 17 mammoth sixes to power RCB to 263/5 in 20 overs. Gayle scored 175* off 66 balls.  As a result, RCB got a 130 run win against the PWI.