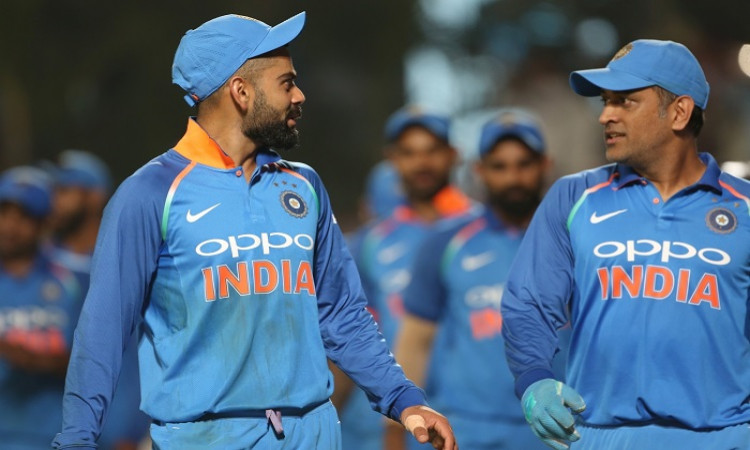 Mumbai, April 29: Pakistans discarded wicket-keeper batsman Kamran Akmal is keen for his disgraced younger brother Umar Akmal to learn from the conduct of Indias three superstars -- Virat Kohli, Mahendra Singh Dhoni and Sachin Tendulkar. Umar was banned by Pakistan Cricket Boards (PCB) panel for three years from all forms of cricket for his failure to report a corrupt approach. Over the years Umar has had a number of issues which has left many following Pakistan cricket upset.

"It has been a difficult time for us as a family with not just COVID-19, but with the situation around Umar. He can never be what the media says he did. He may have reported late, but PCB should deal with him like anyone else. Cricket is our bread and butter. He has been dealt a very raw deal by the previous management (led by former coach Mickey Arthur). He needs a bit more support," Karman said on the Cow Corner Chronicles.

The elder brother is therefore keen for his younger brother to learn and improve by observing India's superstars.

"My advice for Umar is that he has to learn. If he has made a mistake, he must learn from others. We play together and our focus is only on cricket. He is still young. There are many distractions in life. But he must learn from say Virat Kohli. In the early days of IPL Virat was different and then he changed his attitude and approach. Look how he has turned into world's number one batsman. Then there is our own Babar Azam who is now in the top three in the world.

"Then there are other examples like Dhoni. Look at the way he led his team. Then Sachin paaji who was always away from controversies. These are fantastic examples before us. We should observe and learn from them. They only looked at the sport. Off the ground their behaviour was impeccable with their fans and they are fine ambassadors for the sport. We can only benefit from their examples. All this benefits our country as well just from looking at these guys, especially the current lot of Kohli, Babar Azam and Abid Ali," Kamran said.

Kamran has played 53 Tests, 157 ODIs and 58 T20Is in his career that started in 2002. He last played for Pakistan in 2017 in the white ball format. During his career he has had a number of controversies both on and off the field.

Most famously he had skirmishes with India's Gautam Gambhir and Ishant Sharma. He clashed with Gambhir during the 2010 Asia Cup in Dambulla and later with Ishant during a Twenty20 International in Bengaluru in 2012-13.

But Kamran says he has left all that behind and forgotten about it, as he referred to the Delhi pair as good friends.

"It was all due to misunderstanding and happened due to the heat of the moment then. Gautam and I are good friends because we have played a lot in ‘A' cricket. We meet regularly, have food together. It was all due to me not understanding what he said. The same with Ishant in Bangalore. You know me I don't say much on the field. Both Gautam and Ishant are very good boys. We respect them and they respect us. What happens on the field, stays there," remarked Kamran.

In recent times, Gambhir and Pakistan's retired former captain Shahid Afridi have had a number of social media tussles. Akmal believes Gambhir should forget all about the past.

"Gautam should make a statement that brings the two teams and the two countries closer. I will never forget the warmth we got in 2005, 2007 and 2012 trips to India and vice versa. We should end this hostility and bring ourselves closer. We are drifting away from each other as teams and nations despite being similar in many ways.

"We should be prepared to play in bilateral series. Either you come here or we come there. That is the only way to end this misunderstanding. Bringing up old topics will not solve any problems. Playing each other only in ICC events and Asia Cup is just not enough. We can build memories for a lifetime which everyone can talk about for a long time to come and get the two countries closer," Kamran said.